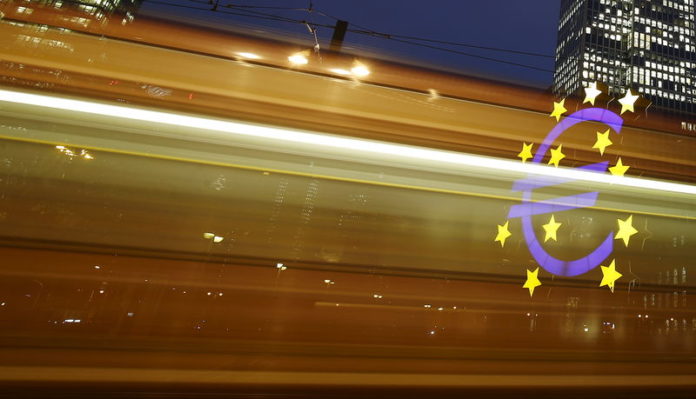 Investing.com – Growth in the euro area economy slowed in the third quarter, according to a preliminary estimate released on Tuesday, adding to fears that the bloc’s economy is losing momentum.

Eurostat said the euro area economy grew by just in the third quarter, halving from 0.4% in the previous quarter. Economists had been expecting growth of 0.4%.

The economy expanded by an annualized in the three months to September, slowing from a upwardly revised 2.2% in the second quarter, missing forecasts of 1.9%.

Separate reports earlier showed that the French economy accelerated in the third quarter, but .

French GDP rose by , boosted by increased consumer spending and business investment, up from 0.2% in the previous quarter.

But Italy’s GDP was compared to the second quarter, disappointing expectations for growth of 0.2%.

The stagnation in growth comes against a background of an ongoing row between Brussels and Rome over the Italian government’s budget plans.

Last week the European Commission rejected Rome’s 2019 draft budget, which would raise the country’s deficit, saying it flouted a previous commitment to lower the deficit.

Italy’s government was given three weeks to resubmit a budget proposal, but the government has pledged to stick to its spending plans.

Hungary should be cautious about euro entry: PM Orban By Reuters

France says EU must have directive on digital tax this year...