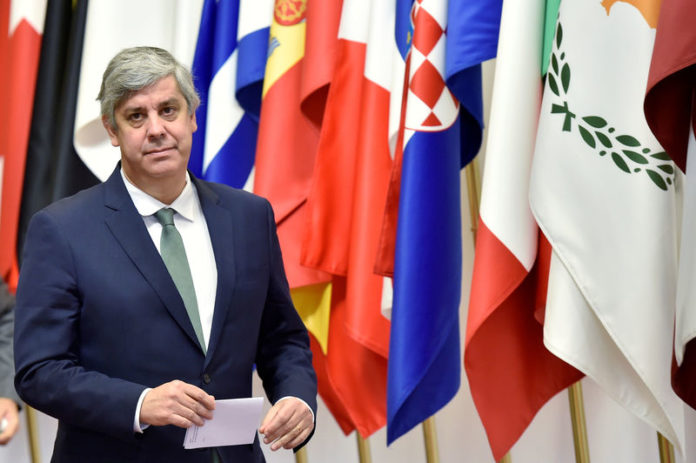 BRUSSELS (Reuters) – Euro zone finance ministers discussed on Monday ways to make sovereign debt restructuring easier and more predictable as they seek to put together a package of reforms for December to integrate the single currency area more closely.

The ministers broadly supported the introduction of “single-limb” Collective Action Clauses (CACs) in euro zone bonds, which would allow for a single restructuring decision to encompass all bonds. Existing CACs require separate restructuring for separate types of bonds issued by the government.

The change would make debt restructuring easier across different classes of debt instruments and help prevent hold-outs from blocking a deal.

But while the ministers also supported the idea that the euro zone bailout fund, the European Stability Mechanism (ESM), should play the role of facilitator between a sovereign and investors in case of debt problems, debt restructuring should not be automatic.

“There is no support in the room for introducing any automaticity or mechanic approaches in the context of debt restructurings. Rather, we are looking at ways to make it more efficient, should there ever be the need to have a debt restructuring,” the meeting’s chairman Mario Centeno said.

The ESM already has the job of assessing a country’s debt sustainability should a government ask for a bailout, but the discussion on debt restructuring focuses on whether to spell out that role more clearly, also through changes to the ESM treaty.

“The objective of this discussion is not to make debt restructurings more frequent or automatic in any sense, the objective instead is to have more clarity and predictability,” ESM head Klaus Regling said. “Also to avoid delays in a crisis which can be costly.” he said.

“On changing the CACs, we would not expect any adverse market reaction. Actually, it could be quite the opposite that markets also take in a positive way,” Regling said.

Centeno noted, however, that before the ministers make any decisions on a framework for debt restructuring in December, they would first have to piece together other parts of the deeper integration package.

These could include the idea of reducing risks taken by banks when they invest by setting limits on the amount of bonds of a single sovereign one institution can hold — a notion fiercely opposed by Italy and some other governments.

Renewal of Donimalai mine lease not helping NMDC