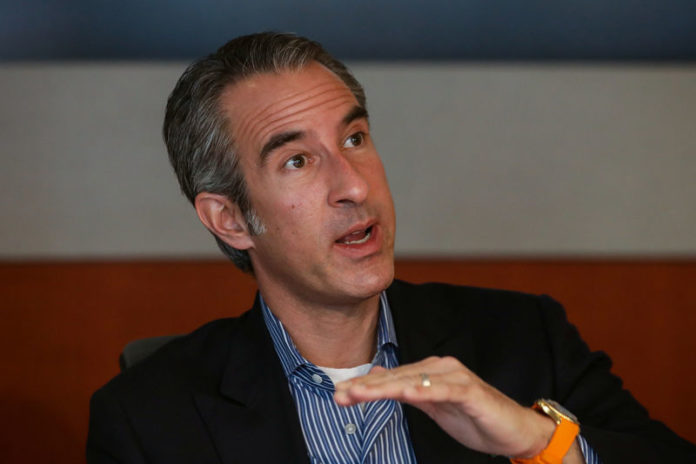 NEW YORK (Reuters) – Strong U.S. consumer holiday spending will not boost retailers across the board but instead benefit winners like Apple Inc (O:) that have signature products, Esplanade Capital’s Shawn Kravetz said at the Reuters Global Investment 2019 Outlook Summit in New York on Wednesday.

Shares of the iPhone maker slipped 3 percent in midday trading Wednesday, sending them down more than 20 percent from their recent highs and into a bear market.

Yet Kravetz said that he added to his position in Apple Wednesday morning because the company is expanding its reach into recurring services and add-ons that are not dependent on iPhone sales growth.

“We know it is not a Facebook (NASDAQ:) or a Google (NASDAQ:) with eye-popping growth but we’re not paying for that,” Kravetz said, referring to Apple’s 15.8 price to earnings multiple. At the same time, Apple is less likely to come under regulatory scrutiny into the use of data as some other Silicon Valley giants, he said.

“It wouldn’t shock me to see its peers go down another 20 percent while Apple rallies,” he said.

Along with Apple, Kravetz said that he has been adding to his positions in casino stocks. He believes the sell-off that has pushed down share prices in the sector by approximately a third this year is an overdone reaction to concerns about growth in China and other emerging markets.

His fund has added to its positions in Caesars Entertainment Corp (O:), casino video game maker International Game Technology PLC (N:) and Penn National Gaming Inc (O:) this year, he said, in part because of steep declines that he called “an absolute gift.”

“We don’t think casinos will be a canary in a coal mine” that signal a coming recession, he said. Instead, “We think we will see more M&A as the leaders try to get bigger and try to consolidate some of their power,” he said.

Kravetz said that strong consumer spending, boosted in part by low unemployment rates and rising wages, will not translate into widespread gains across retailers due to rising costs as companies try to keep up with the fast, free shipping pioneered by Amazon.com Inc (NASDAQ:).

Off-price retailers such as Burlington Stores Inc (N:), TJX Companies Inc (N:) and Ross Stores Inc (O:) could be one casualty of shoppers becoming more sophisticated at finding deals at a time when each company has announced expansion plans, he said.

Euro weakness to be limited; dollar to be dethroned next year:...