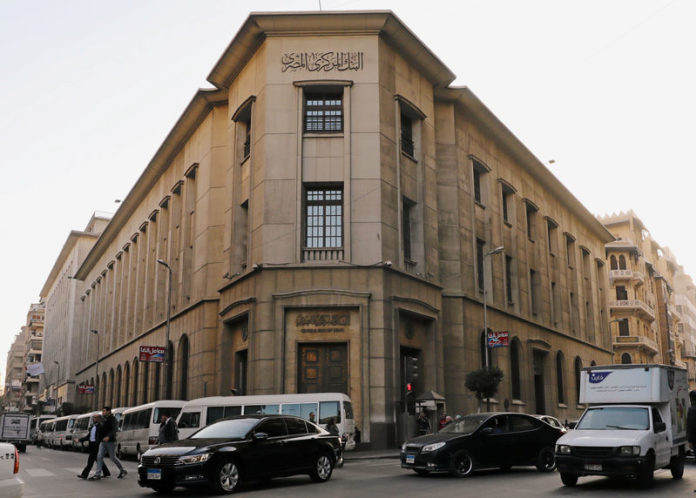 CAIRO (Reuters) – Egypt’s central bank is expected to keep key interest rates unchanged at its meeting on Thursday after inflation dropped back to within the bank’s target range in November, a Reuters poll showed on Monday.

All 13 economists polled by Reuters said the bank’s monetary policy committee was likely to leave its deposit rate at 16.75 percent and its lending rate at 17.75 percent.

Headline inflation fell to 15.7 percent in November from 17.7 percent in October as fruit and vegetable prices declined, after rising for three consecutive months. That was inside the 10-16 percent corridor the bank has been targeting.

“We assume no change in rates because food prices continue to fall in December,” said Charles Robertson, global chief economist at Renaissance Capital. He added that falling oil prices meant inflation could be subdued after mid-2019, when Egypt plans to lift its remaining fuel subsidies.

Core inflation, which strips out volatile items such as food, fell to 7.94 percent in November, its lowest since April 2016, from 8.86 percent in October.

Egypt has come under pressure to keep its rates high during this year’s emerging market sell-off. Foreign ownership of Egyptian Treasury bills fell by more than $9 billion from April 2018, to $11.7 billion in October.

To dampen inflation, the central bank’s monetary policy committee raised interest rates by 700 basis points over eight months following the IMF deal. It then cut them in February and again in March this year by a combined 200 basis points.

The new face of banking

EU’s Vestager tells China it is time to deliver on WTO...