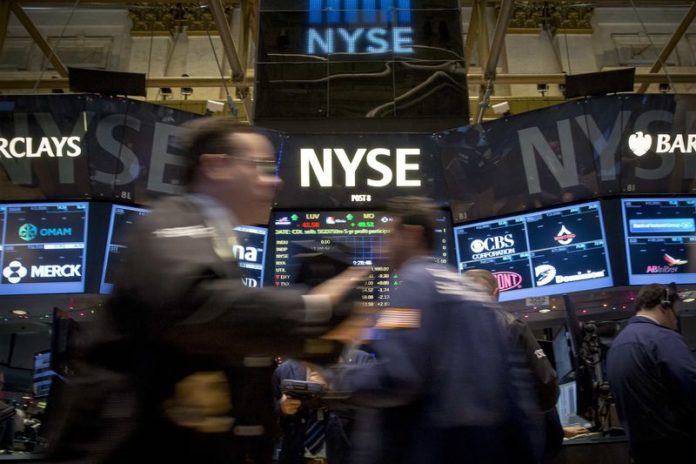 Investing.com – The Dow delivered a late-stage rally Friday to clinch a monthly gain after a Chinese official reportedly suggested that the United States and China are making progress on trade, lifting investor hopes for a trade truce.

Reuters reported that a Chinese official said “consensus is steadily increasing,” in the U.S.-China trade talks. The official added, however, that “differences between the two countries remained,” according to the report.

The positive remarks arrived just hours before President Donald Trump said “something could very well come out” of his meeting with his Chinese counterpart, slated to take place on the sidelines of the G20 summit, which got underway Friday.

But there remains some reason for caution as Trump’s trade advisor Peter Navarro, who is hawkish on trade with Beijing, will attend the Saturday dinner meeting between the two nations.

Boeing (NYSE:) and Caterpillar (NYSE:), trade bellwethers because of their international exposure, closed higher, with the latter posting a gain of more than 4%.

Energy names kept lid on gains in the broader market, however, on the back of falling oil prices, even as Bloomberg reported that OPEC’s advisory committee suggested cutting production by 1.3 million barrels per day (bpd) from .

Financials shrugged off weakness in Goldman Sachs to close higher, helped by a rally in SVB Financial (NASDAQ:) after Barclays upgraded its rating on the stock to overweight a day earlier.

Bank of America cut its rating on Goldman Sachs to neutral from buy and lowered its price target on the stock to $225 on worries that the bank could potentially face a hefty fine for its role in arranging billions of dollars of deals for state fund 1MDB. Goldman Sachs (NYSE:) fell more than 2%.

And Splunk (NASDAQ:) rallied 10% after the company managed to beat guidance for a fourth-straight year.

Laboratory Corporation of America (NYSE:), Hasbro (NASDAQ:) and Marriott International Inc (NASDAQ:) were among the worst S&P 500 performers of the session.

if no China trade deal possible, ‘I am a Tariff Man’...