Home Business Dividends Are Making A Comeback In The Oil Patch 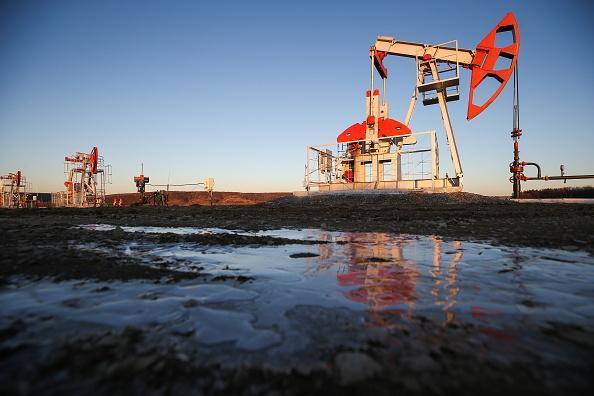 One of the many casualties of the oil market downturn was dividends. After following oil prices higher for years, most dividends tumbled alongside crude prices as oil companies reduced or eliminated their payouts to conserve cash.

However, oil prices bouncing back this year has breathed new life into the sector’s dividends. Not only have many former dividend stalwarts started increasing their payouts again, but longtime dividend scrooges have opened their wallets by initiating a payout. Because of that, the sector is beginning to become much more appealing to income seekers.

Canadian shale driller Encana (NYSE:ECA) used to offer an attractive dividend that yielded around 4 percent on average. That high-yielding payout disappeared when oil prices crashed, which forced Encana to slash its dividend twice. As a result, it now yields a paltry 0.7 percent. However, with oil prices on the upswing, Encana plans to increase its dividend by 25 percent.

That raise is one of several in the oil patch this year. U.S. oil giants EOG Resources (NYSE:EOG) and ConocoPhillips (NYSE:COP), for example, both boosted their payouts twice in 2018. In EOG’s case, it raised its dividend 10.4 percent earlier in the year and more recently increased it another 19 percent, bringing its year-to-date total to 31 percent. That’s all part of EOG’s aim to grow its payout at an accelerated rate. Meanwhile, ConocoPhillips initially increased its dividend by 7.5 percent and then boosted it again last month, this time by another 7 percent, its third in the past two years.

Pictured, an oil pump jack in an oil field near the city of Almetyevsk, Russia. Photo: Yegor AleyevTASS via Getty Images

Others are taking a different approach by giving investors a massive one-time raise. The biggest have come from Anadarko Petroleum (NYSE:APC)  and Pioneer Natural Resources (NYSE:PXD). Anadarko jacked its dividend a jaw-dropping 400 percent earlier this year, pushing its payout nearly back to the level it was before the oil market downturn. Meanwhile, Pioneer Natural Resources increased its payout 300 percent, which was the first raise it had given investors in a decade.

That steady stream of dividend increases is making nonpayers in the sector reconsider their stingy ways, with a couple of companies finally deciding to send some cash back to their investors. Diamondback Energy (NASDAQ:FANG) led that charge by initiating a quarterly dividend earlier this year. In launching the payout, Diamondback Energy’s CEO stated that the company was “taking our first step toward rewarding shareholders for their support of our growth these last five years by initiating a $0.50 annual cash dividend to be payable quarterly beginning with the first quarter of 2018.”

Concho Resources (NYSE:CXO) followed its Permian Basin–focused rival’s lead a few months later by also initiating a $0.50-per-share annual dividend that it plans to pay out on a quarterly basis starting with the first quarter of 2019. It’s Concho Resources’ first dividend in its more than a decade as a public company.

More U.S. oil companies will likely follow these dividend initiators in 2019. Continental Resources (NYSE:CLR) has already made it clear that it will eventually start paying a dividend, since it’s now generating excess cash even as it continues investing capital to grow production at a healthy rate. First, the company wants to achieve its debt-reduction target, which it should hit next year. After that, Continental Resources’ CFO John Hart stated on the company’s most recent  quarterly conference call that: “we’ll put something [a dividend] in place that is reasonable and prudent and sustainable in a variety of crude oil price environments. So something that we could sustain in a lower market and we’ll go from there.” Others will likely follow once they’re confident they can offer a sustainable payout.

Oil companies, which gutted their payouts during the oil market downturn, are slowly turning their dividend taps back on now that prices have improved. Others, meanwhile, are starting to reward their investors for the first time. Their aim is to offer payouts that are substantial enough to make them worthwhile and yet sustainable in both good times and bad. Those factors should make the oil patch one place that income-seeking investors won’t want to overlook.

U.S. construction spending flat in September; prior month revised up By Reuters