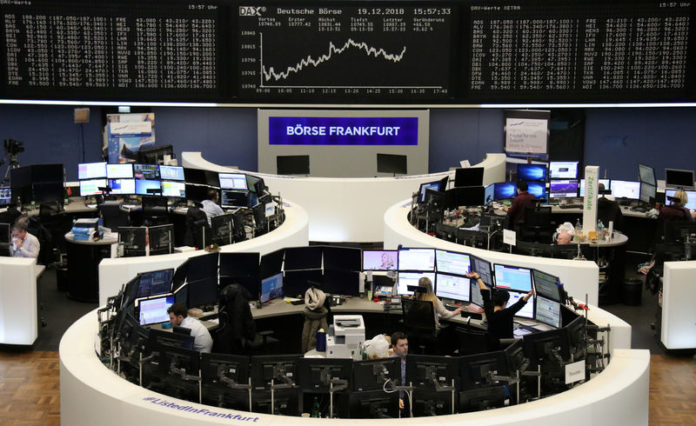 After raising interest rates for the fourth time this year, the Fed signaled “some further gradual” rate hikes ahead, disappointing market expectations of a more dovish message from the world largest economy’s central bank.

“Concerns in the U.S. about the real estate sector and leveraged loans remain. It’s clear that interest rates cannot continue to rise for long without having important consequences for economic growth,” said Edoardo Fusco Femiano, market analyst at brokerage eToro.

The sell-off in Europe was broad-based with all sectors trading in the red but cyclical sectors such as miners and banks led the steep falls, down 2.7 and 1.9 percent respectively.

Defensive sectors such as pharma and utilities outperformed but nevertheless traded in negative territory.

Among individual movers, shares in aluminum company Norsk Hydro (OL:) fell nearly 4 percent and was among the top fallers in Europe after the U.S. said it would lift sanctions against its competitor Rusal. The news depressed aluminum prices to 16-month lows.

Among other materials stocks, heavyweight miners Rio Tinto (L:), BHP (L:) and Glencore (L:) all fell more than 3 percent. All but two stocks on the STOXX 600 were trading in positive territory.

Active Traders Are Watching for a Bounce in Commodities