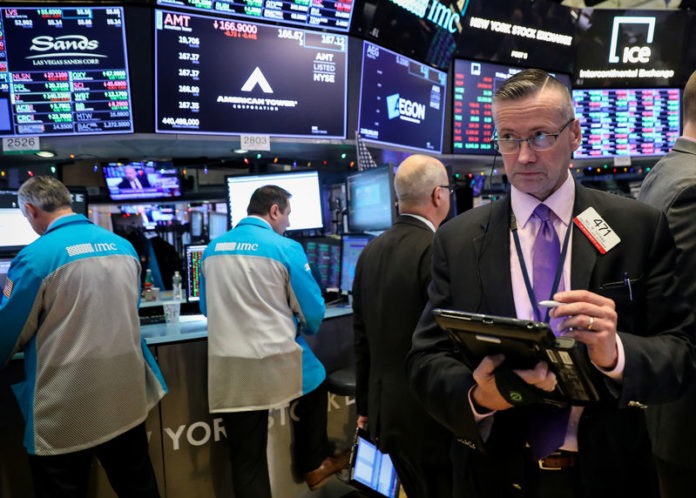 Plummeting stock prices in recent months have mostly outpaced a simultaneous decline in earnings expectations, presenting potential opportunities to buy beaten down stocks. But apparent bargains could turn out to be expensive if earnings expectations take a turn for the worse next year as the United States continues its trade dispute with China.

Since Apple’s November forecast for a weaker-than-expected holiday shopping quarter and other reports of sluggish demand for iPhones, analysts have cut estimates for the Cupertino, California-based company’s December-quarter net income by almost $1 billion. Apple’s stock last week traded at a nearly two-year low of 13 times expected earnings, even after accounting for analysts’ reduced expectations.

(For a graphic on ‘Lower expectations for Apple’ click https://tmsnrt.rs/2RCfslG)

Already, the so-called FANG group of Facebook, Amazon, Netflix (NASDAQ:) and Google-parent Alphabet shares has seen its weight within the dwindle to 8 percent from as much as 10 percent in July, with investors fleeing what for years was Wall Street’s most popular trade.

(For a graphic on ‘FANG stocks trim weight in the S&P 500’ click https://tmsnrt.rs/2QiVfVh)

Since the U.S. stock market abruptly dropped in early October, Apple has lost a quarter of its value, and last week it relinquished its title as Wall Street’s most valuable company to Microsoft Corp (O:). Since then, Apple, Microsoft and Amazon have been battling to be No. 1.

Netflix has slumped 20 percent since early October, while Facebook and Amazon are both down over 10 percent. Alphabet, the least badly performing of the group, has lost 9 percent, a little worse than the S&P 500’s 8 percent decline.

(For a graphic on ‘Big Tech rebased from October’ click https://tmsnrt.rs/2QkvB2v)

Investors in recent months have become increasingly worried that an ongoing U.S.-China trade conflict may hobble U.S. multinationals just as a year-long an surge in earnings growth caused by new corporate tax cuts is set to end.

Tech investors have also become more concerned about a global smartphone market that is losing steam, but the resulting drop in Apple’s stock has outpaced analysts’ reduced earnings expectations. Apple and other big tech names are trading at the lowest multiples of their prices to expected earnings in years, suggesting recent selling might be overdone.

“There are some attractive buying opportunities,” said Jake Dollarhide, chief executive of Longbow Asset Management in Tulsa, Oklahoma. “We are buying Microsoft, and we could add some Apple and some Alphabet at these levels.”

Facebook, plagued for months by criticism of its use of people’s personal data and fears that it could face more regulation, recently traded at 19 times expected earnings, its lowest ever. That compares to a multiple of 45 times after Facebook went public in 2012.

Amazon’s stock is now trading at 64 times expected earnings, it lowest multiple since 2012. Netflix’s price/earnings multiple has dropped to 68, its lowest since 2015.

(For a graphic on ‘Amazon and Netflix’ click https://tmsnrt.rs/2RIQFMK)

Newly enacted corporate tax cuts supercharged U.S. earnings this year, but their effect on profit growth will end in the December quarter, leading analysts on average to predict S&P 500 earnings per share next year will rise 8 percent, compared to 24 percent in 2018, according to IBES data from Refinitiv.

“The question going into 2019 is, ‘Are you seeing enough of a pullback in those sectors that led that would entice investors to accept the lower valuations as an opportunity?'” said Quincy Krosby, chief market strategist at Prudential Financial (NYSE:) in Newark, New Jersey.

(For a graphic on ‘Big Tech’s earnings multiples’ click https://tmsnrt.rs/2RCi4A0)

Samsung to reveal some features of foldable phone this week By...