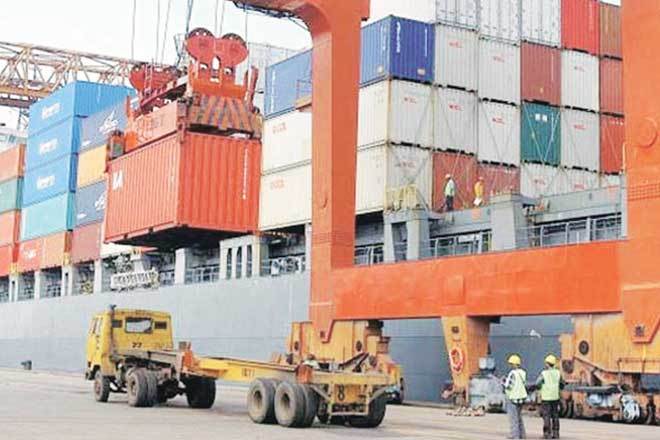 The commerce ministry is working on a comprehensive strategy and considering incentives for exporters with a view to boost the country’s outbound shipments, a senior government official said Friday.

Director General of Foreign Trade (DGFT) Alok Chaturvedi said that the exports, which recorded about 10 per cent growth in 2017-18 to over USD 300 billion, is expected to reach USD 330-340 billion this fiscal.

In the first half of the current fiscal, the exports grew by 12.5 per cent to USD 164 billion.

He said the ministry has prepared a matrix of action plans for specific sectors, including engineering, gems and jewellery, chemicals, textiles and pharma, and issues pertaining to these areas are being taken up with the concerned departments.

There are some cross-cutting issues such as withdrawal of amendment in the CGST rules, which is being partially resolved.

“So, we are trying to finalise a scheme…you can provide incentive to partially compensate for that disadvantage, which our exporters are facing,” the DGFT said here at CII’s Export Summit.

The ministry is also working on tax rebates, duties and embedded taxes, besides alternative payment mechanism in potential problem countries such as Venezuela, Sudan, Cuba and CIS nations.

He said that it is the right of exporters to get rebate on those levies as “those duties and taxes should not be exported. We are working on a pilot scheme”.

Further, the DGFT said soon the IT system for exporters will be revamped completely and the ministry will float tenders for the same.

Speaking at the summit, Commerce and Industry Minister Suresh Prabhu asked the industry to become more aggressive in exploring export opportunities in new markets such as Africa and latin America.

He said the action plan prepared by the ministry to boost exports will be released soon.

“There are huge opportunities for exports in SAARC and Asean countries,” Prabhu said, adding India is working with the US to resolve all the pending issues to boost bilateral trade.

Since 2011-12, India’s exports have been hovering at around USD 300 billion. During 2017-18, the shipments grew by about 10 per cent to USD 303 billion.
Promoting exports helps a country to create jobs, boost manufacturing and earn more foreign exchange.

Canada stocks lower at close of trade; S&P/TSX Composite down 0.40% By Investing.com

GE Dividends Slashed by Over 90%

Car sales across Europe slump by a quarter as new testing...