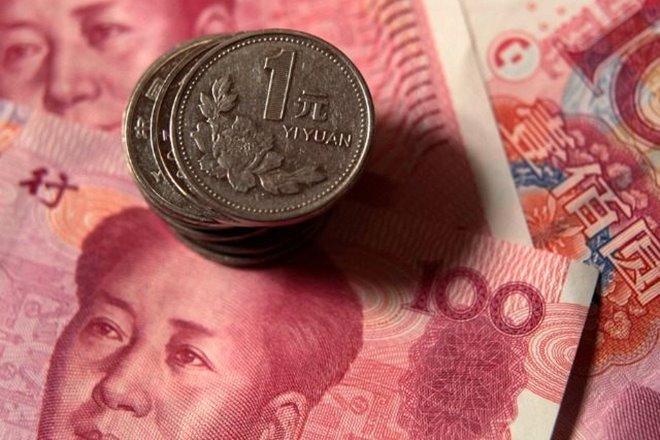 The Chinese currency continued to depreciate on Friday against the US dollar to hit its weakest point since June 2008.

The central parity rate of the Chinese yuan weakened for the third straight trading day by falling 83 basis points to 6.9168 against the US dollar, Xinhua news agency reported, citing the China Foreign Exchange Trading System.

In the past 15 trading days, the yuan ended down 14 days and rose only once against the US dollar. On Thursday, the Chinese currency dropped below 6.9 against the greenback.

In China’s spot foreign exchange market, the yuan is allowed to rise or fall by two per cent from the central parity rate each trading day.

The central parity rate of the yuan against the US dollar is based on a weighted average of prices offered by market makers before the opening of the interbank market each business day.

Analysts said the particularly strong US dollar is the major reason behind the yuan’s continued depreciation this month.

It would continue to influence the yuan’s fluctuation as the dollar is expected to keep strengthening amid rising expectations over a US interest rate hike in December and upbeat economic data in the country.

Patisserie Valerie investor urges board to get through ‘this risky period’...