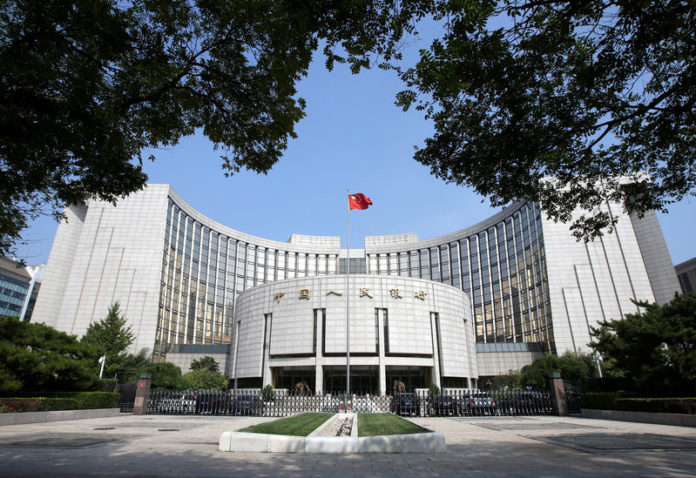 © Reuters. Headquarters of the PBOC, the central bank, is pictured in Beijing

BEIJING (Reuters) – China’s move to drop the “neutral” description of its monetary settings from a key economic work conference last week signals adjustments in policy measures but the changes will be marginal, a central bank newspaper said on Friday.

While China’s “prudent” policy stance has not changed, the tweaks are a response to domestic and overseas conditions such as tough domestic regulations and more pronounced conflicts in international economic and financial areas, the Financial News reported.

The change in language at the last economic work conference reflects a shift in how the central government sets its monetary policy, the newspaper said.

“From ‘staying neutral’ to ‘appropriately tight and appropriately loose’, it is in accordance with the need of new economic development and also is a process of dynamic optimization of monetary policy,” Financial News said.

Last year, the government said “prudent monetary policy should be kept neutral and the floodgates of money supply should be controlled,” when describing its policy.

However, the newspaper said the tone of policy language remains broadly consistent with the overall direction of recent monetary policy.

On Thursday, in a statement following a quarterly meeting of its monetary policy committee, the People’s Bank of China (PBOC) also excluded the previously-used “neutral” to describe Chinese policy – an omission that could indicate a greater bias for easing at a time growth is slowing.

The PBOC previously outlined five monetary policy stances, ranging from “loose” to “tight”. China adopted an “appropriately loose” monetary policy after the 2008 global crisis, before switching to “prudent”, the middle setting, in late 2010. The wording was modified to “prudent and neutral” in late 2016 as China launched a deleveraging campaign.

China’s top leaders pledged to ratchet up support for the economy in 2019 by cutting taxes and keeping liquidity ample while promising to push forward trade talks with the United States, Xinhua reported on Thursday.

Cards Against Humanity is selling a car, a Fiji vacation and a Picasso lithograph...

Will Abigail Get Kate To Confess?