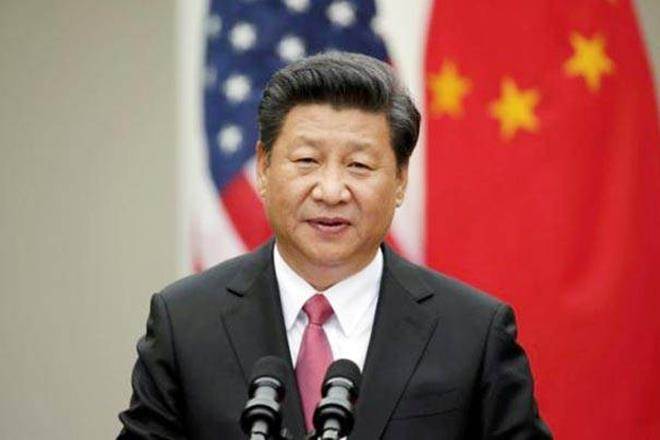 China’s imported goods and services are set to exceed USD 40 trillion in the next 15 years, President Xi Jinping pledged Monday as he kicked off a major import fair in which India and 80 other countries are participating. An Indian delegation led by Commerce Secretary Anup Wadhawan is taking part the first China International Import Expo inaugurated in the eastern metropolis of Shanghai.

A total of 81 countries are taking part in the fair and hoping to gain access to China’s tightly closed import market. China, the top global exporter, plans to become a major importer. China’s imported goods and services are estimated to exceed USD 30 trillion and USD 10 trillion respectively in the next 15 years, Xi said in his inaugural address, state-run Xinhua news agency reported.

“India has built a pavilion at the expo highlighting its focus areas of agricultural products, pharmaceuticals, information technology and tourism,” Prashant Lokhande, Counsellor Economic and Commerce of the Indian Embassy here said. Pakistan Prime Minister Imran Khan was among leaders of the countries who took part in the inaugural function of the Expo.

Xi said measures announced in April to relax access to Chinese market have so far been implemented. China has further simplified negative list of foreign investments, reduced investment limits and lifted the level of free investment.

China is taking solid steps to expand financial opening-up, continue to advance opening-up in the service sector, deepen opening-up in agriculture, mining, manufacturing, and accelerate the opening-up process of sectors including telecommunications, education, medical treatment and culture, Xi said. He said there was every reason to be fully confident in the future of the Chinese economy, which in recent years has slowed down.

At present, China’s economy remains generally stable and is making good progress, Xi said, citing data including the GDP growth of 6.7 per cent in the first three quarters of 2018. “China’s economy is truly performing well within the reasonable range, giving us a solid foundation for delivering the development goals for the whole year,” Xi said.

Compared with other major economies, China still ranks among the world’s top in terms of GDP growth, he said. The fundamentals for sound and stable economic growth remain unchanged, the necessary production factors for high-quality development remain unchanged, and the overall momentum of long-term economic stability and progress also remains unchanged, Xi said.

China’s capacity of macroeconomic regulation is growing, and efforts to deepen reform across the board have unleashed new drivers of growth, he added. With the Belt and Road Initiative (BRI) being further implemented, two-way investment and trade between China and countries along the Belt and Road have continued to gather pace, Xi said.

“All in all, the favourable conditions are in place for the long-term, healthy and steady growth of the Chinese economy,” Xi said. This is China’s first international import expo. All major countries in the world including the US have massive trade deficits with China which is the leading exporter of the world.

US President Donald Trump launched trade war with China in June by slapping additional tariffs on USD 250 billion worth of Chinese imports. Trump has been insisting that China should cut down USD 375 billion trade deficit by providing more access to the American goods by ensuring IPR protection.

India too has been pressuring China to take measures to bring down over USD 51 billion annual trade deficit, which was one of the main focus areas in the informal meeting between Prime Minister Narendra Modi and Chinese President Xi Jinping at Wuhan in April this year.

Since then, officials of the two countries held several rounds of talks for India to export its agricultural products like sugar and rice as well as its pharmaceuticals and IT in which the country has an upper hand in the global exports. Though the expo, which would be held till November 10, has evoked much interest in global industry, China is yet to liberalise its import market, officials said. It is the world’s first import-themed national-level expo, covering an area of about 30,000 square metres, and will feature enterprise and business exhibitions, country pavilions for trade and investment.

Twelve countries – Brazil, Canada, Egypt, Germany, Hungary, Indonesia, Mexico, Pakistan, Russia, South Africa, Vietnam and the UK – will be the “Guest of Honour” at the mega business event. More than 3,000 companies from over 130 countries have confirmed participation in the enterprise and business exhibitions at the expo, with a total booth area of 270,000 square metres, state-run China Daily reported.