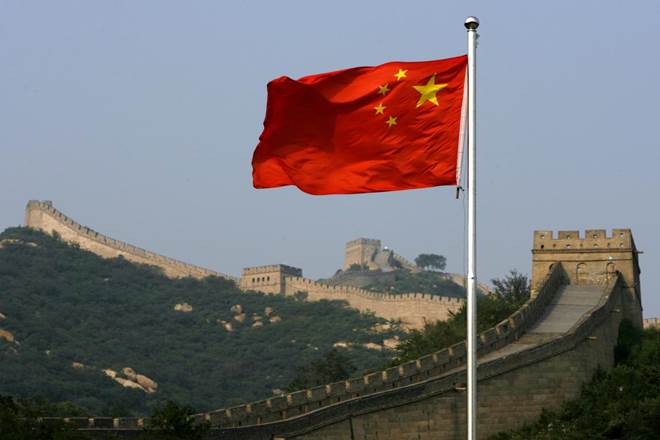 Moves by Chinese companies to guarantee each others’ debt have left the world’s third-largest bond market prone to contagion risks — making it all the tougher for officials to follow through on initiatives to sustain credit flows. Private companies have long had to be innovative in getting financing in Communist-run China, where state-owned enterprises have had preferential access to the banking system. Extending guarantees to each other helped businesses boost some lenders’ confidence enough to extend funding to them.

But now that China is going through a record run of debt defaults, the links pose the risk of a daisy chain of distress. Price moves are reflecting that. Tire-maker China Wanda Group has seen a 16 percent tumble in its notes due in 2021 since end-September, thanks to having provided guarantees to iron-wire maker Shandong SNTON Group Co., one of whose units failed to repay a bank loan two months ago.
“Large cross-guarantees could set off a chain effect that could quickly spread from one firm to another,” said Clifford Kurz, a credit analyst from

S&P Global Ratings in Hong Kong.
China Wanda — unrelated to the entertainment conglomerate Dalian Wanda Group — and Shandong SNTON are both based in the eastern province of Shandong, which has an economy of about $1 trillion and benefited from a dynamic private sector. Kurz said slides in a number of corporate bonds across the province “may suggest that investors are seeking to avoid the risks posed by such cross-guarantees — regardless of the underlying performance of such companies.”

Like share pledging — where private companies and executives pledged corporate shareholdings as collateral for bank loans — cross guarantees are a Chinese phenomenon less familiar in global markets. Last year, cross-guarantees in China amounted to nearly 4 trillion yuan ($575 billion), the China Securities Journal reported in October 2017.
Both innovations are under increasing scrutiny after the record pace of more than 80 billion yuan of defaults this year.
“Cross-guarantees were not built up overnight,” said Li Guomao, head of financing at Shandong SNTON, which has seen its own bonds slide almost 30 percent since October thanks to a lawsuit over a guarantee to a subsidiary that failed to repay a loan. “It is unlikely to solve this problem soon.”

More than 20 private firms in Shandong provide guarantees that account for at least 10 percent of their total net assets — a ratio surpassing all other regions, according to Lv Pin, an analyst from CITIC Securities Co.
“Private firms in Shandong have been exposed to more risks as they are caught up in the cross-guarantee trap, with bonds being dumped on the secondary market,” said Chen Su, bond portfolio manager at Qingdao Rural Commercial Bank Co. Local companies started suffering more financing difficulties as banks cut lending to this region earlier this year, he said.
Troubles have been cropping up for a while. When a disclosure last year showed that Shandong Yuhuang Chemical Co. had guaranteed 1.35 billion yuan of obligations tied to Hongye Chemical Group Holdings Co., yields on Yuhuang’s 2020 dollar note shot up more than 2.30 percentage points in a week.
The province is making efforts to avert any credit collapse. Its state assets regulator said a government-backed 10 billion yuan fund will be set up to address liquidity risks at listed companies, the China Securities Journal reported on Friday. More broadly, China’s central bank has launched initiatives to aid credit to small and medium enterprises, and support bond issuance.
Meantime, most companies surveyed by S&P are scaling back those cross-guarantees, Clifford says.