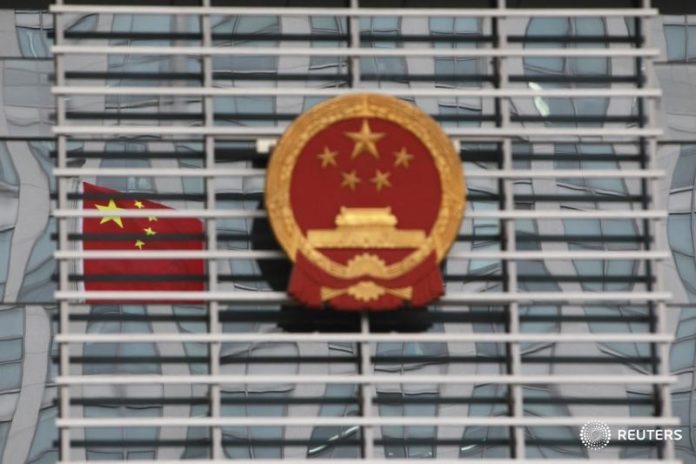 © Reuters. China steps up fight against abuse of power by stock market regulators

SHANGHAI (Reuters) – China’s corruption watchdog will work with the country’s stock market commission to combat graft and abuse of power following a spate of violations in which companies pay officials to gain regulatory approvals, it said on Sunday.

China is stepping up efforts to fight corruption in the securities market as part of a campaign to reduce financial risks following a number of irregularities involving the misuse of vetting power, according to an article published by the Central Commission for Discipline Inspection (CCDI) on Sunday.

It said one official was recently found to have received large cash bribes in exchange for helping a listed company win approval from the China Securities Regulatory Commission (CSRC) to apply for financing.

China’s top securities regulator Liu Shiyu said during a recent meeting that the entire supervisory system should learn from past cases of corruption and defend the disciplinary “red line”, the CCDI said.

CCDI and the Communist Party Committee of the China Securities Regulatory Commission (CSRC) will work to strengthen oversight over the use the vetting power in the securities market and ensure financial markets serve the real economy rather than personal interests, the article said.

Regulators with vetting power are particularly prone to corruption because decisions like the issuing of shares or the granting of business licenses have a direct impact on the interests of market players, the report said, citing a CCDI official.

The graftbusting body uncovered 135 individual cases of disciplinary violations at the CSRC in the five years leading up to the 19th Communist Party congress in late 2017, and it has identified another 33 cases since then, it said.

Why gold prices may have already bottomed

Belgium stocks lower at close of trade; BEL 20 down 0.50% By Investing.com