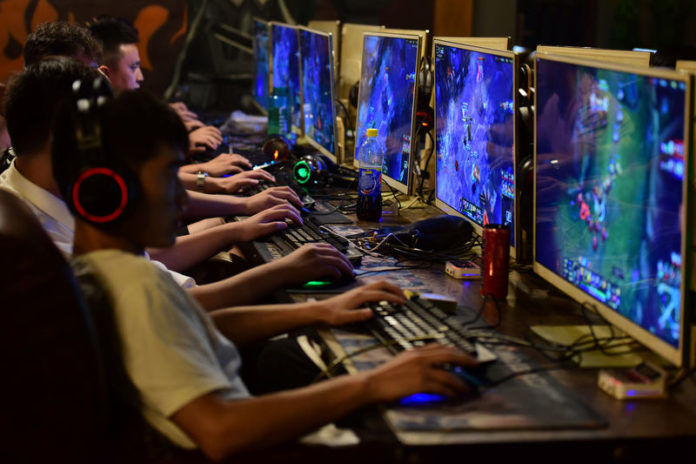 BEIJING (Reuters) – Chinese regulators have set up an online video games ethics committee that has already reviewed 20 titles, state media said, raising hopes the government was preparing to resume an approval process that has been frozen for most of this year.

China, the world’s biggest gaming market, stopped approving new titles from March amid a regulatory overhaul triggered by growing criticism of video games for being violent and leading to myopia as well as addiction among young users.

The freeze on new approvals has pressured gaming-related stocks and clouded the outlook for mobile games, with industry leader Tencent Holdings reporting its first profit decline in more than a decade in the June quarter.

But in a sign an end to the regulatory uncertainty could be near, state media Xinhua reported late on Friday that the new games ethics committee – under the guidance of Chinese Communist Party propaganda department – had already reviewed 20 games.

It has requested for a revamp of 11 titles to “eliminate moral hazard”, and rejected the remaining nine citing improper content, Xinhua added.

Industry insiders welcomed the move by the committee made up of experts on games and adolescence problems from universities, industry associations, research institutions and media outlets.

“We view this as a progressive step with more strategic directions likely to be given out by end of this month,” Jefferies said in a research note.

“This could potentially be followed by timetable announcement of approval resumption before mid-2019.”

However an executive from the technology giant said on condition of anonymity: “I think the sign is, it’s almost the year end, the revamp should come to completion.”

Tencent has lost more than $100 billion in market value since the start of the year amid regulatory uncertainty.

On Monday, the stock was down 1.2 percent, in line with the broader market.

Taiwan stocks higher at close of trade; Taiwan Weighted up 0.01%...