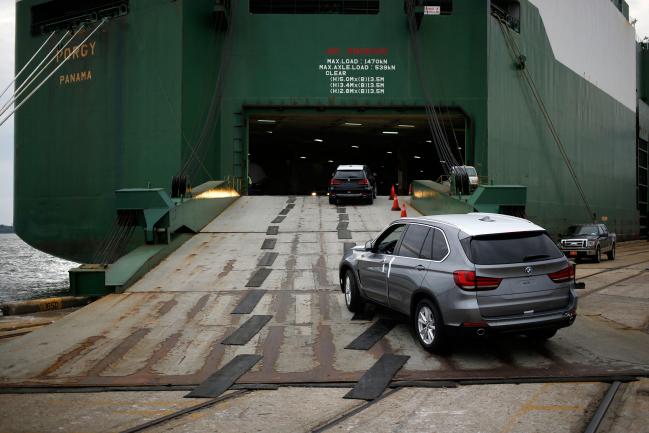 (Bloomberg) — China took more steps to defuse trade tensions with the U.S., confirming it will remove the retaliatory duty on automobiles imported from America and preparing to restart purchases of American corn.

The 25 percent tariff imposed on vehicles as a tit-for-tat measure will be scrapped starting Jan. 1, the finance ministry said Friday. China also may buy at least 3 million metric tons of American corn, said people familiar with the discussions, who asked not to be named as the information is confidential.

The moves come two weeks after President Donald Trump and his Chinese counterpart Xi Jinping agreed to a truce in the trade war at their meeting in Argentina. Trump claimed he won a concession during talks with Xi and said China, the world’s biggest automobile market, would reduce and remove tariffs, a claim that Beijing didn’t immediately confirm.

The White House is also looking to officially delay the tariffs that had been due on Jan. 1, with an announcement expected on Friday.

Despite the latest concessions, there remains doubt in Washington and Beijing over whether China is willing to water down its plans to match and exceed U.S. industrial strength, which are one of the root causes of the current fight.

China’s top leaders are expected to meet next week to decide economic policies for 2019. Their focus will be on how they propose to sustain stable growth when faced with both uncertainty from the trade war and from the slowing domestic economy.

Car sales in China have fallen for six straight months after decades of almost uninterrupted growth. While there were other factors, the tit-for-tat jabs between the world’s biggest economies have played a role. The move by China would reduce tariffs on cars made in the U.S. to 15 percent from the current 40 percent, in line with what other countries pay.

The corn imports are likely to start as early as January, following a revival of American soybean purchases, the people said. The government is also considering various options for how to handle the 25 percent retaliatory tariffs on American corn that China adopted in July, the people said.

German carmakers BMW and Daimler have been hardest hit by the additional levies, shipping large numbers of sport utility vehicles from plants in the U.S. to China. Six of the top ten vehicles exported from the U.S. to the world’s biggest car market are from the two German brands, according to forecaster LMC Automotive.

BMW said the punitive levies caused a hit of 300 million euros ($339 million) to its bottom line during the second half of the year. The trade tensions were a key factor in both carmakers cutting profit forecasts for the year.

BMW and Daimler, which import thousands of SUVs into China from plants in the U.S., reversed earlier losses tied to a weak European auto sales report. BMW rose 0.2 percent, after falling as much as 2.4 percent. Daimler’s decline narrowed to 0.6 percent from as much as 2.8 percent earlier. Volkswagen (DE:) AG was down 1.2 percent, after dropping 2.9 percent.

Foreign carmakers have long pleaded for freer access to China’s auto market, while its own manufacturers are trying to expand abroad. In April, China announced a timetable to permit foreign companies to own more than 50 percent of local vehicle-making ventures.

Longer-term, China has a lot to gain from free trade in autos as manufacturers such as Guangzhou Automobile Group Co. and Geely Automobile Holdings Ltd. look to move overseas. The U.S. currently charges a 27.5 percent tax on imported cars from China after adding a 25 percent additional tariff during the trade row.

Mexico stocks lower at close of trade; S&P/BMV IPC down 0.34% By Investing.com