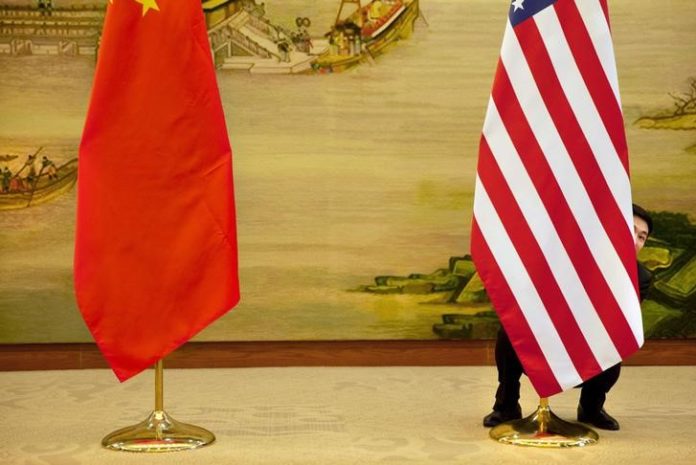 By Norihiko Shirouzu and Yilei Sun

BEIJING (Reuters) – China and the United States held a vice ministerial-level call on Friday, the second such contact in a week, achieving a “deep exchange of views” on trade imbalances and the protection of intellectual property, the Chinese Ministry of Commerce said.

A statement posted on the ministry’s website on Sunday said the two countries “made new progress” on those issues, without specifying further.

It also said China and the United States discussed arrangements for the next call and mutual visits.

On Wednesday, the ministry said Beijing and Washington had held a vice ministerial-level telephone call about trade and economic issues, without providing other details.

The calls took place amid signs of a thaw in a trade dispute between the United States and China, the world’s two largest economies.

U.S. President Donald Trump and Chinese President Xi Jinping this month agreed to a truce that delayed the planned Jan. 1 U.S. increase of tariffs on $200 billion worth of Chinese goods while they negotiate a trade deal.

Chinese Commerce Ministry officials indicated earlier the two countries were in close contact over trade, and any U.S. trade delegation would be welcome to visit.

RBI wants public data to be stored in India: What it means, how it...

Intel to set up Tech Centre in Hyderabad

Taiwan stocks higher at close of trade; Taiwan Weighted up 0.62% By Investing.com

Elon Musk To Resign As Tesla Chairman In SEC Settlement