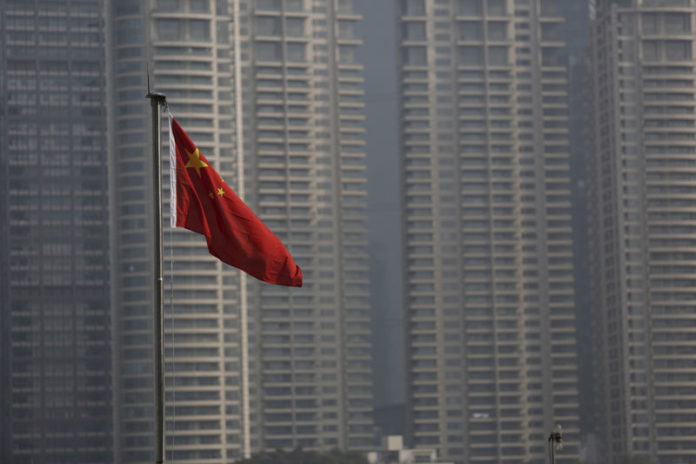 © Reuters. FILE PHOTO: A Chinese flag is seen in front of the financial district of Pudong in Shanghai

SHANGHAI (Reuters) – Chinese fund managers continued to lower their suggested equity exposure for the next three months, amid lingering concerns over an economic slowdown and the Sino-U.S. trade spat, though some started to turn optimistic given the low levels of overall stock valuations in the market.

Fund managers have lowered their suggested equity allocations to 68.6 percent, down from 70.6 percent a month earlier and lowest since August, according to a poll of seven China-based fund managers conducted this week.

“For the short term, eyes were on the talks between Chinese President Xi Jinping and the U.S. president Donald Trump who will meet on the sidelines of G20 Summit, and there are good chances the two will reach a consensus not to deteriorate the trade tensions,” said a Shenzhen-based fund manager.

A consensus or a more positive outcome, if achieved, could help lift risk appetite and valuations recovery, otherwise the stock market could be falling back, the fund manager added.

“According to the situation in the G20 Summit, there is a risk of seesaw Sino-U.S. trade frictions, and China’s exports could witness a substantial fall in January and February next year,” a Shanghai-based fund manager said.

Three fund managers expressed their worries over a continuation of economic slowdown, though they believed the slowdown could bring about marginal easing in monetary policies and increased efforts by the Chinese government to bolster the economy. In view of the current domestic environments, those fund managers expected the infrastructure spending to be used again as a key measure to stabilize the economy.

According to the poll, average recommended allocations for electronics and machinery stocks in the next three months jumped, those for real estate also rose, while those for consumer, auto, energy and transport slipped.

Do you feel your phone doesn’t have all the features? 81 per cent Indians...

France’s OVH to triple spending to take on Google, Amazon in cloud computing By...

Smartphone obsession: An average spends more than 90 minutes a day...

The Secret Behind Growth in Trump’s America Is Deficit Spending By...