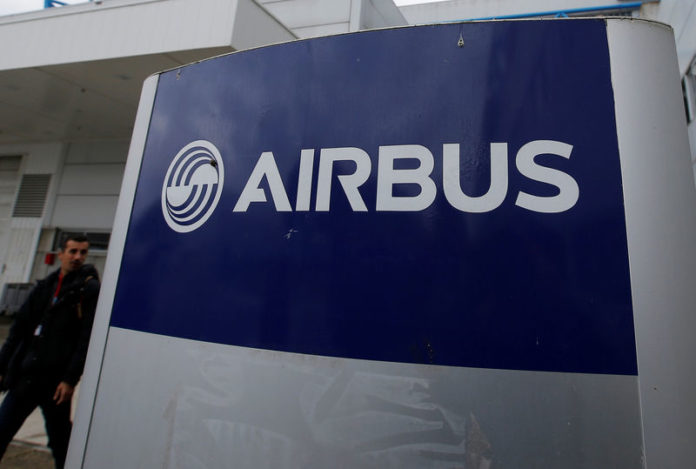 © Reuters. The logo of Airbus is pictured at the Airbus A330 final assembly line at Airbus headquarters in Colomiers

BEIJING (Reuters) – The aviation leasing arm of China Development Bank said it will finance eight Airbus (PA:) A330 purchases for airlines affiliated to debt-laden HNA Group and that the jets will be delivered by the end of 2018.

Hainan Airlines (SS:) and Lucky Air Co have agreed to assign the right to purchase and take delivery of the eight new Airbus A330–300 aircraft to China Development Bank Financial Leasing Co, the financier said in a corporate filing.

It added that this was in accordance with the original purchase contract between the airlines and Airbus.

The European planemaker had suspended deliveries to HNA-affiliated companies after they delayed payments earlier this year. According to sources, deliveries of over a dozen planes have been hit by HNA-related funding shortages.

Reuters reported last week that China Development Bank (CDB), HNA’s biggest creditor, was expected to be involved in financing deliveries of up to 8 of the planes.

Airbus declined to comment on Tuesday whether these were the eight planes that CDB’s aviation leasing arm had agreed to finance, saying that talks and contractual terms with customers are confidential, but added that deliveries were ongoing.

HNA did not immediately respond to Reuters questions.

The Chinese aviation-to-finance conglomerate has attracted much scrutiny for its $50 billion worth of deals in recent years that included hotels in the United States and left it the largest shareholder in Deutsche Bank (DE:).

Faced with soaring debts and China’s crackdown on aggressive dealmaking firms, HNA has been pushing ahead with a series of asset sales that have so far included real estate and stakes in hotel groups, but has said that it will hold onto its core airline business.

Utility stocks have beaten the S&P 500 in two months of turbulence and in...

Bank of Baroda-Vijaya-Dena merger gets a step closer; board approval done, proposal sent for...

Google drops out of bidding for $10 billion Pentagon data deal

Here’s How To Get Investors To Save The Planet