Home Finance CEOs are cashing in on the market boom 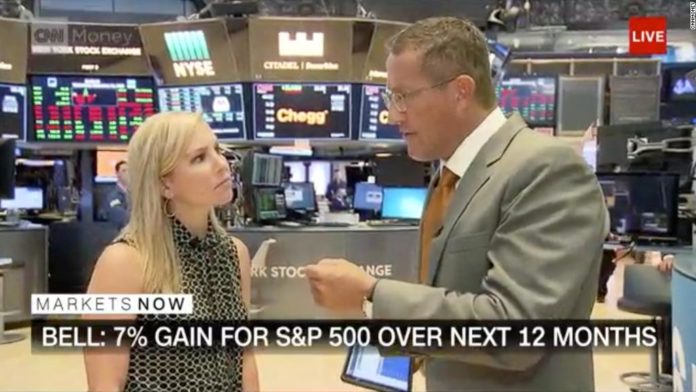 CEOs are using the market boom to quietly cash in their own chips.

Insiders at US companies have dumped $5.7 billion of stock this month, the highest in any September over the past decade, according to an analysis of regulatory filings by TrimTabs Investment Research.

It’s not a new trend. Insiders, which include corporate officers and directors, sold shares in August at the fastest pace in 10 years as well, TrimTabs said.

The selling is noteworthy because it occurred as the market rebounded sharply from an early 2018 tumble. Fueled by tax cuts and a strong economy, the Dow recently notched its first record high since January.

Some corporate insiders have much of their net worth tied up in stock, so it could be that they are simply exercising caution. The bull market, already the longest history, can’t last forever.

“It’s a very prudent thing for them to unload some shares — no matter how much they like the stock,” said Joe Saluzzi, co-partner at brokerage firm Themis Trading. “It doesn’t necessarily mean they see something wrong.”

TrimTabs does not break down how many of the insider sales were pre-planned. The SEC allows executives to schedule stock sales ahead of time to avoid the appearance of insider trading.

While the captains of Corporate America are cashing out, they are doing the exact opposite with shareholder money.

US public companies have authorized a stunning $827.4 billion of stock buybacks in 2018 — already a record for any year, according to TrimTabs. Apple (AAPL) alone announced plans last quarter for $100 billion of buybacks.

The flurry of buybacks has been viewed by investors as a sign of confidence among CEOs.

“Insiders aren’t announcing buybacks because they think stocks are cheap,” said David Santschi, director of liquidity research at TrimTabs. “What they’re doing with shareholders’ money and their own is quite different.”

Companies use buybacks as a way to return excess cash to shareholders. Share repurchases benefit investors — and executives that are paid mostly in stock — by providing persistent demand that tends to boost prices. Buybacks also artificially inflate earnings per share by eliminating the number of shares outstanding.

Corporate America is enjoying record profitability thanks to the strong economy and a big reduction in what they owe Uncle Sam. The Republican tax law reduced the corporate tax rate to 21% from 35% and also gave companies a break on foreign profits that are returned to the United States.

The tax windfall has also enabled companies to spend more on job-creating investments like new equipment and research projects. But buybacks are growing even faster. In fact, Goldman Sachs found that buybacks are garnering the largest share of cash spending by S&P 500 companies for the first time in a decade.

Given the spike in buybacks, Saluzzi said it would be odd if insiders are rapidly dumping shares outside of preplanned transactions.

“You’ve got to raise your eyebrows and look at what’s going on here,” Saluzzi said.

Regulator cautions banks to prepare for Brexit amid uncertainty By Reuters