Home Business Cadillac May Be Ready To Make A Comeback 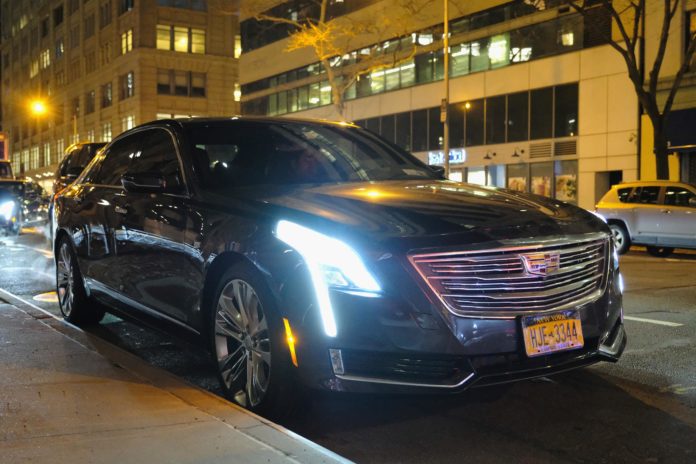 Five years ago, General Motors’ (NYSE:GM) Cadillac luxury brand seemed to be recovering nicely from the Great Recession. In 2012, Cadillac expanded its model lineup with the ATS compact sedan, to compete better with the likes of BMW and Mercedes, and the XTS full-size sedan (to appeal to Cadillac loyalists). This helped drive a 22% surge in domestic deliveries in 2013, to a recent peak of 182,543 units.

This article originally appeared in The Motley Fool.

However, while the Cadillac brand has found considerable success in China recently, sales have retreated in the U.S. over the past five years. GM’s management hopes an aggressive refresh of the Cadillac model lineup can turn things around. Here’s why investors should be optimistic.

Betting On The Wrong Horse

The revival at Cadillac that began six years ago quickly sputtered for two reasons. First, under former boss Johan de Nysschen, Cadillac cut back on discounting and rental-car sales in an effort to shed its image as a “discount luxury brand,” to use the words of legendary auto executive Bob Lutz. Higher prices put a damper on sales.

Second, Cadillac bet on an updated portfolio of cars just as tastes began to tilt heavily toward crossovers and SUVs. In this context, it was particularly difficult to get retail customers to pay up for Cadillac’s car models.

Cadillac’s SRX crossover and Escalade SUV both posted solid growth in the U.S. between 2013 and 2015. (The introduction of an all-new version of the Escalade drove a 60% uptick in sales in that two-year period, while the aging SRX managed a 21% increase.) Nevertheless, Cadillac’s overall domestic deliveries fell 4%. By 2015, the ATS, CTS, and XTS car models combined for just 40% of Cadillac’s domestic deliveries, down from 57% two years earlier.

The Crossovers Are Coming — Finally

For the past few years, it has been obvious what the Cadillac brand needed: more crossovers. Whereas its top competitors each offer several crossover options, Cadillac has had just one. The SRX was replaced by the XT5 in 2016, which boosted average transaction prices by over $3,000 but hasn’t driven any additional volume.

However, it takes years for new vehicles to go from the drawing board to the showroom. In the short term, there was nothing General Motors could do about the dearth of Cadillac crossovers.

Fortunately, Cadillac’s first new crossover model went on sale in late September. The XT4 is a compact crossover, essentially a smaller, less-expensive alternative to the XT5.

Looking ahead, Cadillac plans to launch a new model every six months through 2020. The new model onslaught will include two cars — most likely called the CT4 and CT5 — which will replace the ATS and CTS models. But there will also be one or two more crossover models. First up is the XT6, a three-row crossover that will slot in between the XT5 and Escalade models and is scheduled to hit dealer lots sometime next year.

The Recovery Could Begin In 2019

The arrival of the XT4 — and the upcoming addition of the XT6 next year — will undoubtedly cannibalize sales of the XT5 and Escalade to some extent. But the net effect of doubling the size of the Cadillac crossover/SUV lineup will be very positive for sales. Indeed, with Cadillac’s car models down to about a third of the sales base, further declines on that side of the business should be modest in comparison with the size of the growth opportunity in crossovers.

As a result, Cadillac is likely to return to strong sales growth in the U.S. next year, dramatically outperforming the market — just as the brand did in 2013. Cadillac still has a long way to go to become a serious rival to the German luxury brands, but the expansion of its crossover portfolio should enable it to make a lot of progress.