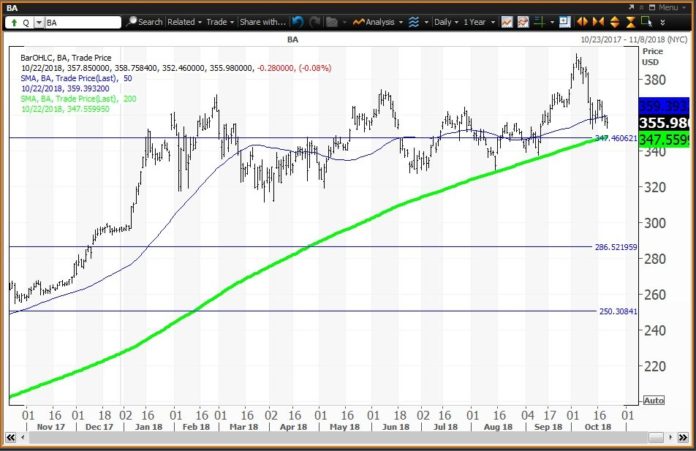 The Boeing Company (BA) is the largest manufacturer of commercial airplanes and is also a defense contractor and builder of space and security systems. Boeing was the best performer in the Dow Jones Industrial Average in 2017 and remains a leader in 2018, but the stock has hit some turbulence since setting its all-time intraday high of $394.28 on Oct. 3.

Boeing reports quarterly earnings before the opening bell on Wednesday. Oct. 24, and analysts expect the company to disclose earnings per share between $3.51 and $3.58. A key metric is commercial airline deliveries, which are expected to be below expectations despite robust earnings from airlines and strong passenger traffic. The key models for Boeing include the versions of the 737.

The daily chart for Boeing

The weekly chart for Boeing 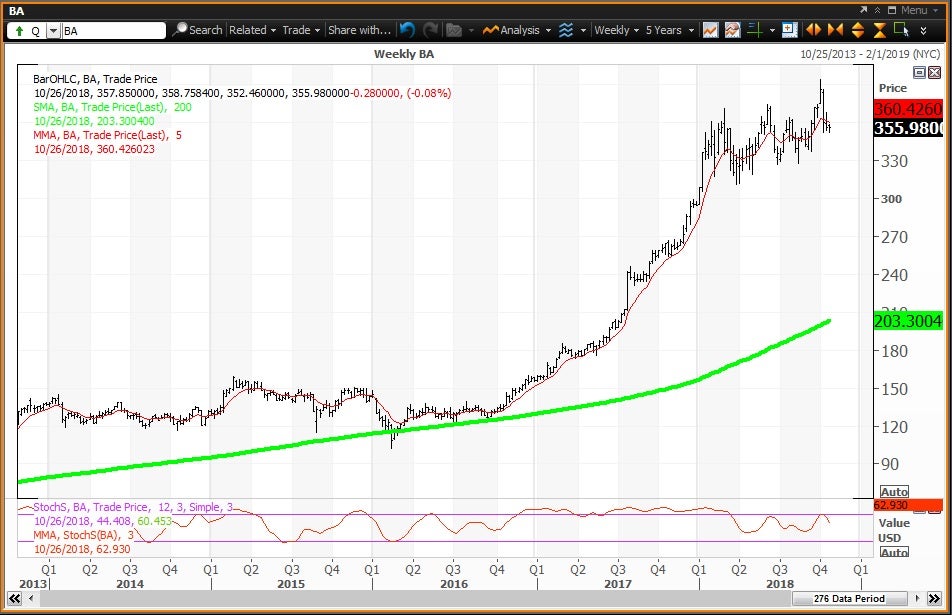 Given these charts and analysis, my trading strategy is to buy Boeing shares on weakness to my monthly, semiannual and annual value levels of $346.57, $286.66 and $250.43, respectively, and to reduce holdings on strength to my quarterly risky level of $420.84.

Disclosure: The author has no positions in any stocks mentioned and no plans to initiate any positions within the next 72 hours.

Union Bank of India to raise Rs 700 cr from stake sale in six...

Megyn Kelly: What’s so wrong with dressing up in blackface on...