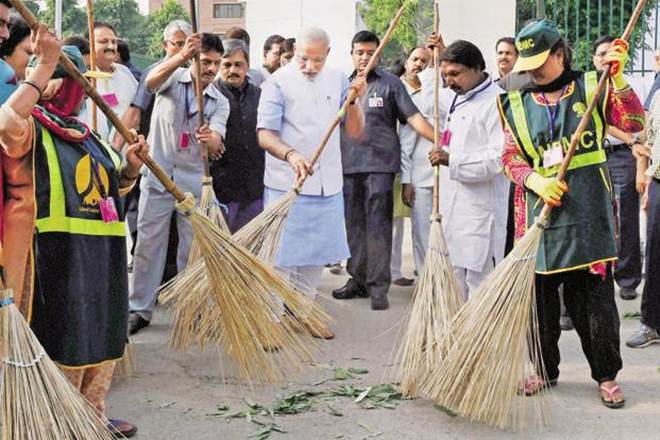 Bill Gates, co-founder of Microsoft and co-chair of the Bill and Melinda Gates Foundation (BMGF), has praised ‘Swachh Bharat Abhiyan’, the flagship initiative launched by the Narendra Modi-led government four years ago, saying that the country must use technology and innovation to improve sewage processing capabilities as well as to generate zero waste.

With the nation marking Mahatma Gandhi’s 150th birth anniversary on October 2, it has also been four years to the Swachh Bharat Abhiyan, which was launched on October 2, 2014. Since its launch, Indian government has successfully built over 86.6 million toilets across the country. Also, a total of 513 districts and 25 states in the country have been declared open defecation free.

While speaking at the the Goalkeepers event in New York, Bill Gates applauded Indian government’s efforts to focus on sanitation as the malnutrition rates in the country are substantially above, given the strong economic growth of the country, according to a report by the Hindustan Times. “And that means a lot in terms of kids not developing their full mental and physical capacity,” Gates added.

In 2017, the total number of deaths of children below the age of five year dropped to 8,02,000 from about one million a year ago. Unsafe water and poor sanitation turn out to be the cause of about 88% of childhood diarrhoea that also leads to lowered immunity, chronic malnutrition and frequent and potentially fatal infections.

The government is required to adopt new approaches to tackle the sanitation situation that could include processing the million of tonnes of faecal sludge generated and collected from pit latrines and septic tanks, which goes into the environment and is fatal to health.

“In urban areas, simply digging a pit doesn’t work and you don’t want to dump it into the river, you want to run it through processing. So, through partners, particularly in India and China, we now have much better processing equipment,” Bill Gates added.

Swachh Bharat Abhiyan was launched to turn Mahatma Gandhi’s vision of cleanliness into reality and achieve the goal of ensuring 100% sanitation coverage for India with a year more left for the $20 billion program.

Why low unemployment is a red flag for stocks

What Economists Are Saying Ahead of Third-Quarter U.S. GDP Data By Bloomberg

3 Charts That Suggest Financials Are About to Head Lower

As companies embrace AI, it’s a job-seeker’s market By Reuters