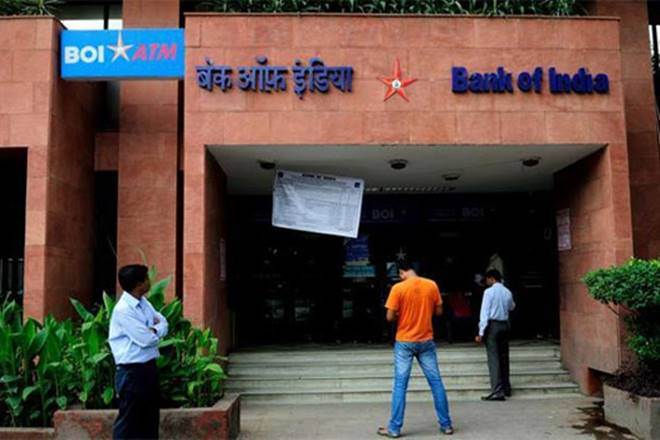 State-run Bank of India Monday reported a net loss of Rs 1,156.25 crore for the September quarter on a jump in provisions for bad assets and a dip in treasury income. The lender had reported a post-tax profit of Rs 279.75 crore in the year-ago period. The bank, which is one among the 11 state-run lenders under the prompt corrective action (PCA) framework that restricts its routine operations, saw the gross non-performing asset (NPA) ratio rising up to 16.36 per cent, from 12.62 per cent in the year-ago period.

The net NPA ratio stood at 7.64 per cent, against 6.47 per cent in the year-ago period. The fresh slippages came at Rs 2,624 crore, which the company claimed is marginally lower than the total upgrades and recoveries. As a result of this and the maturing of assets recognised earlier, the provisions for bad assets shot up to Rs 2,827 crore, from the Rs 1,866 crore in the year-ago period.

The overall provisions shot up to 3,343 crore from Rs 1,953 crore. The bank’s managing director and chief executive, Dinabandhu Mohapatra, said assets of over Rs 1,800 crore which are stuck in litigation and almost resolved, could not be accounted for during the quarter and will likely be done so in the December quarter.

“We will return to profits in the third quarter and our immediate target is to get the net NPA to under 6 per cent,” he said, adding that the bank’s provision coverage ratio has gone up to 69 per cent from the 66 per cent in the year-ago period. A reduction in the net NPA ratio will help the bank come out of the PCA framework and start routine activities. The bank achieved an overall credit growth of over 10 per cent driven largely by the retail advances. Under the PCA framework, it has to lend only to better rated corporates.

Its overall capital adequacy came at 10.93 per cent, with the core tier-I at 7.66 per cent, which is below the Basel-III requirement of 9 per cent. Mohapatra said the bank is concentrating on reducing the risk weight to conserve capital. Its core net interest income was, however, almost flat at Rs 2,927 crore, despite a rise in the net interest margin to 2.27 per cent.

The non-interest income declined to Rs 1,030 crore, from the Rs 1,706 crore largely on a dip in mark-to-market losses on its government security portfolio due to hardening of yields. A massive surge in recoveries from written off accounts to Rs 282 crore helped narrow the dip in non interest income, while a change in accounting norms also helped narrow the loss by Rs 106 crore.

Unlike last year’s tax write back of Rs 100 crore, the bank had a tax expense of Rs 540 crore, which hurt its bottomline. The bank has an exposure of Rs 34,000 crore to non-bank lenders, which Mohapatra said is not concerning. It has an overall exposure of over Rs 3,400 crore to the troubled IL&FS, which is “standard” as of now.

The lender is concentrating on recovery efforts and has already put up over Rs 10,000 crore of assets for auction, he said, adding that Rs 1,000 crore of assets have been resolved already in the third quarter. As part of the operational improvement efforts, it has “rationalised” 35 domestic branches, five overseas branches or offices and 483 automated teller machines, he said.

China mocks US with proposal to sell American aircraft carriers to...