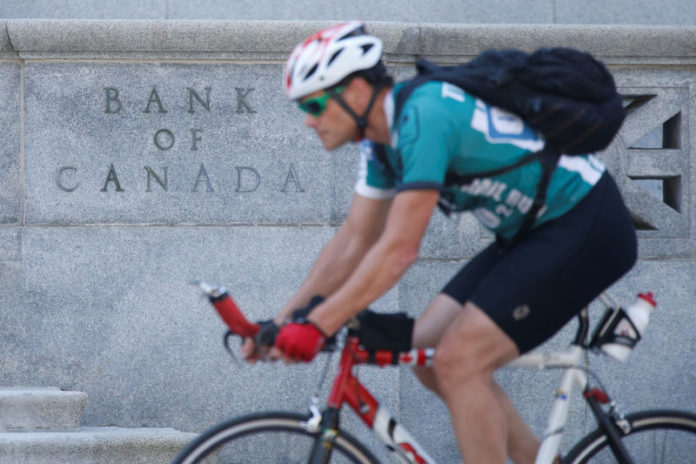 (Reuters) – The Bank of Canada will next raise interest rates early next year, according to a strong majority of economists polled by Reuters who still say two more rate rises will follow by end-2019.

As recently as late October there was a minority view that a rate rise might come in December. But a huge plunge in the price of oil – Canada’s main export – along with evidence of household budget strain has largely erased those expectations.

The unanimous call for no hike in December is in line with interest rate futures pricing, which suggests a greater than 90 percent probability of no move when BoC Governor Stephen Poloz and colleagues meet this week to set policy.

Core inflation is around where the BoC wants it to be, but wage pressure has eased slightly. That, along with signs of slowing in the world economy, gives the central bank reason to wait at least until January before lifting rates to 2.0 percent.

Meanwhile, Canada’s economy expanded at a slower pace last quarter due to a decline in auto vehicle purchases and housing investment, posing another challenge to the central bank.

“A fly on the wall in the Governing Council’s meeting room would hear whether the recent news has shaken the confident hawkishness the Bank projected in October,” noted Avery Shenfeld, chief economist at CIBC.

“In any event, the Bank’s next forecast is due in January, when our projection has them returning with a quarter-point hike. We’ll need to see both firmer GDP results for October and at least some signs of a turn in for that call to play out,” he added.

About 56 percent of 23 common respondents in the latest Reuters poll taken Nov. 29 to Dec. 3 show expectations for at least three rate rises next year, compared with 60 percent in the last poll taken in late October.

That suggests, like the rate path for the U.S. Federal Reserve, the risk is for fewer moves next year, not more.

“The coming week will place a heavy degree of market emphasis upon how the Bank of Canada is reading the shifting tea leaves,” noted Derek Holt, head of capital markets economics at Scotiabank.

“That’s because up to this point, the BoC has been inclined to guide expectations toward a gradual path of rate hikes toward a more neutral policy rate.”

With many households geared up on big mortgages taken out to purchase expensive homes that until recently were rising in double digit percentages annually, particularly in Toronto and Vancouver, the BoC needs to be cautious.

Those property hotspots are likely to be subdued in coming months, along with expectations for lackluster housebuilding and sales, according to a recent Reuters poll of property market analysts.

Concerts Create A Huge Amount Of Waste, And Jack Johnson Is...