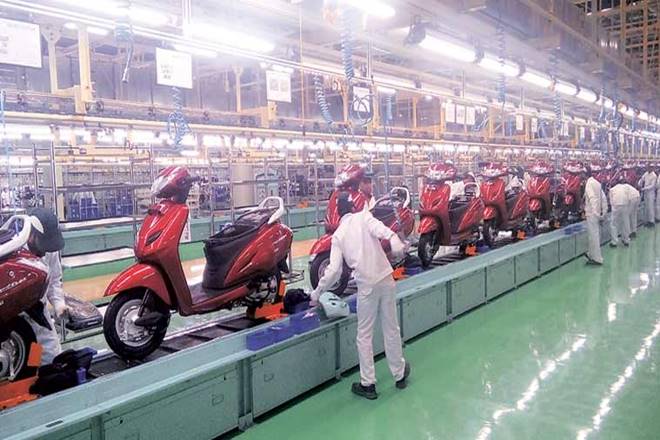 Motorcycles and scooters are tipped to become expensive over the course of the next year with consumers likely to shell out anywhere between 10% and 25% more depending on what models they’re buying. Of course, it’s already more expensive to drive a bike given how prices of petrol have soared.

Unfortunately, the rise in prices of two-wheelers is going to be unusually sharp, especially when one considers that over the past 10 years or so they’ve not gone up by more than 5%. YS Guleria, senior VP, sales & marketing, HMSI, expects the sale to slow down after 2020. “It will be a challenge to convince customers to pay more,” Guleria said.

But the changes that are driving up costs are necessary. For one, the cost of insuring the vehicles will go up since it is now mandatory to buy insurance for a full five years at one go.

The cost of making the bikes too will increase because they’re going to be fitted with better brakes – either an anti-locking braking system (ABS) or a combined braking system (CBS). Add to this, the cost of better engines conforming to BS VI emission norms and the costs will go up by Rs 4000-7,000. This extra cost kicks in from April 2020.

And that, say analysts, will keep sales subdued. “We believe such a steep hike in prices and subsequently sharp rise in cost of ownership levels will likely lead to slowdown in the two-wheeler volume growth. We expect volume growth in the two-wheeler industry to slow down significantly over the next two years,” analysts at Kotak Institutional Equities (KIE) noted.

For instance, Hero MotoCorp’s entry model Deluxe i3s, which was retailed at an average price of Rs 49,050 in August, increased to Rs 51,615 from September thanks to higher insurance premiums. Once the bike is fitted with the CBS brakes next April, the bike will become expensive by around Rs 500. The BS VI implementation would further escalate vehicle prices by Rs 5,000 to Rs 57,115. HMSI’s popular scooter Activa 5G will get dearer by 15% while cost of Bajaj’s Pulsar 150 model is likely to increase by 18%.

Sales of two wheelers in the home market grew 15% in 2017-18 but the pace moderated to 11% y-o-y in the first five months to August. In September, top-two manufacturers –Hero MotoCorp and Honda Motorcycle and Scooter India (HMSI) reported increases in wholesale volumes of just 6.7% y-o-y. While rising fuel prices are partly to blame – up 7% in the last two months – the rise in interest rates which then make loans more costly are also responsible for slowing sales.

While manufacturers may absorb some of the increasing costs, they will pass on much of it to consumers. Nonetheless, the elevated prices of raw materials – steel, plastics, etec, — will keep operating margins on a lid. Analysts at Jefferies India noted the impending sharp increase in costs, over a relatively short period of time, is a risk for two-wheeler makers who are already struggling to maintain gross margins. They believe it’s possible demand could be either advanced or postponed and that would have with implications for growth and volatility.

Companies like Hero MotoCorp and TVS Motor, with a bigger exposure to entry and executive segments, are likely to be hit harder than premium motorcycle and export-dependent companies like Eicher Motors and Bajaj Auto. The entry segment – up to 110cc – contributes nearly 60% to the total motorcycle sales.

HMSI, the country’s second-largest two-wheeler manufacturer, said the new insurance ruling made its products dearer by 6% The Japanese automaker’s forecast for growth over the next couple of years is conservative.

Benetton founder, who took family business beyond sweaters, dies at 77 By Reuters

World markets themes for the week ahead By Reuters

Inflation flat in November due to cheaper gas, CPI shows

RBI to conduct OMO purchase worth $40 billion by March-end, says...