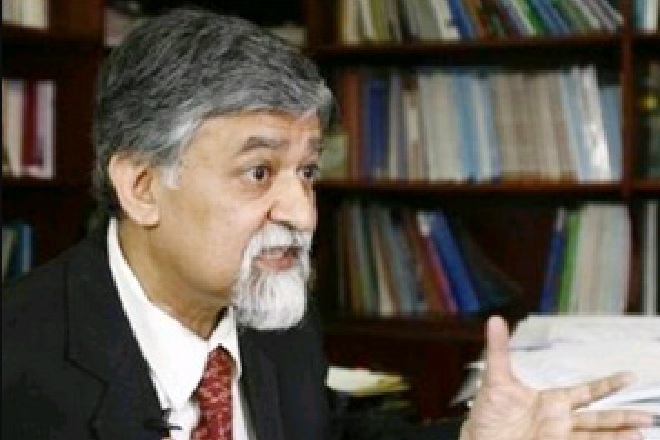 After almost a decade of double-digit economic growth, China is finally slowing down. With risks arising from tariff war and domestic credit bubble, China’s GDP growth may even crash to below 5%, former Chief Economic Advisor Arvind Virmani has predicted. While the short-term impact of China’s slowdown will also be felt on Asian supply chains, in the medium term it will be profitable for India and other competing countries.

In an interview with FE Online, Arvind Virmani spoke about his analysis of Chinese economic growth slowdown, the factors behind it, and its impact on India and the rest of the world.

1. The IMF has downgraded China’s economic growth by 0.2 percentage points to 6.2% for the (calendar) year 2019. Meanwhile, you predict that China’s growth could slip to below 5%. When do you expect this to happen?

Virmani: All official forecasts, including IMF, World Bank, ADB, relate to official country data. My forecast of a decline in GDP growth rate to 4.5%-5.5% relates to the real GDP rates. The gap between official and real rates is likely to rise sharply next year and then close slowly. This official data may only reflect the full extent of the slowdown in about 3 years ie 2021!

2. How will China’s growth slowdown impact the rest of the world? What will be the impact on the Indian economy?

Virmani: We have to distinguish the immediate short-term (ST) impact from the medium & long-term one (MLT). The ST effect will be to slow China’s export growth and imports linked to it — natural resources from developing countries, capital goods from developed countries & intermediate inputs from Asian supply chains. In MLT a slowing of growth and investment in manufacturing & other tradable goods will reduce excess global capacity in tradable goods. This will increase profitability in manufacturing & growth of GDP in India and other competing countries.

3. You have pointed out that China’s growth will be impacted by the tariff war and domestic credit bubble. Can you quantify the impact of these two factors?

Virmani: The USA is the largest market for China’s exports. A rise in US tariffs on imports from China has both a direct effect on its exports and an indirect effect on FDI investment in supply chains located in China. Together these could reduce China’s growth by 0.75% to 1.25%, if higher US tariffs are maintained. Exit from the debt-credit bubble would reduce growth by 0.5% to 1%.

Also Read: China GDP growth could fall below 5%, former CEA Arvind Virmani tells when and why it will happen

4. Tariff war is largely being pushed by President Trump. If the restrictions do not escalate into a war, is the Chinese economy still at risk?

Virmani: The effect of an additional (above rates for others) 25% US import tariff on imports from China, if sustained for 3 to 5 years will result in a deceleration of China’s GDP growth. The measures directed at preventing forced transfer of technology and theft of technology from US companies will continue in parallel and ensure that, reverse engineered US R&D cannot be passed of as innovation.

5. How bad is the domestic credit bubble in China? Can the country manage a soft landing?

Virmani: The Chinese economy has seen among the largest increase in debt among the systemically important economies (US, Euro Area, Japan, UK, India), since the Global Financial crises. An earlier debt-credit bubble burst in 2015 & a new one was initiated in 2016, but channelled a little more through the fisc and combined with a tightening of capital controls on residents/citizens. Increased external & internal controls make it easier to ensure a financial soft landing. They do not ensure a soft landing in terms of real economic growth.

6. How can China maintain its growth momentum in a de-globalized world?

Virmani: The massive increase in world trade ended with the global financial crisis. China, which benefited hugely from this globalization, has avoided the severe consequences of this reversal of globalization by increasing its share of global import and by pumping credit into its economy. These measures have kept its growth from falling below 6.5%. The US tariffs on China mean that countries who have lost because of the mercantilist growth model followed by the communist party are no longer willing to accept these costs. Similarly, credit-fueled growth cannot be sustained indefinitely. Thus a decline in China’s GDP growth rate is inevitable. The only question is when and how smoothly! China can smoothen the adjustment to a lower growth rate by allowing wages to rise to a level consistent with its Per Capita GDP & eliminating directed lending to unprofitable SOEs, exporters, Party capitalists and high risk, low return investments.

Evelyn Davis, known as corporate gadfly, dies at 89 By Reuters