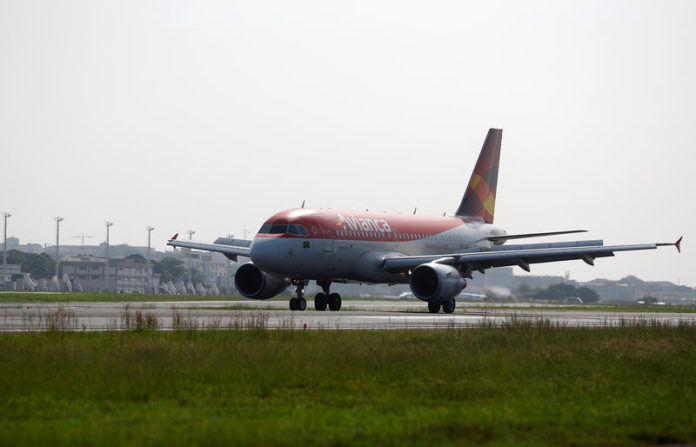 SAO PAULO (Reuters) – Brazil’s fourth-largest airline, Avianca Brasil, filed for bankruptcy protection on Monday, saying its operations had been threatened by potential repossession of aircraft, according to a legal document seen by Reuters.

The airline, which is privately owned by holding company Synergy Group, said the potential repossession of jets threatened its ability to fly some 77,000 passengers in December.

Avianca Brasil is independent but shares the same owner as the better-known Avianca Holdings SA (CN:), a publicly listed airline based in Colombia. Still, the fate of one company is linked to the other.

Shares in Colombia’s Avianca were down more than 19 percent on the news. Rivals’ shares jumped. Shares in Gol Linhas Aereas Inteligentes SA (SA:) were up almost 9 percent in Sao Paulo, while Chile’s Latam Airlines Group SA (SN:) was up 4 percent.

The legal document did not give information regarding Avianca Brasil’s assets and liabilities or other financial information.

The airline has struggled for years with recurrent losses and recently faced the prospect of repossession of several of its aircraft.

Avianca Brasil did not immediately reply to a request for comment.

Americans are the most confident in the economy in 18 years...

Going green: Now, ‘organic’ bendable smartphone that will be biodegradable