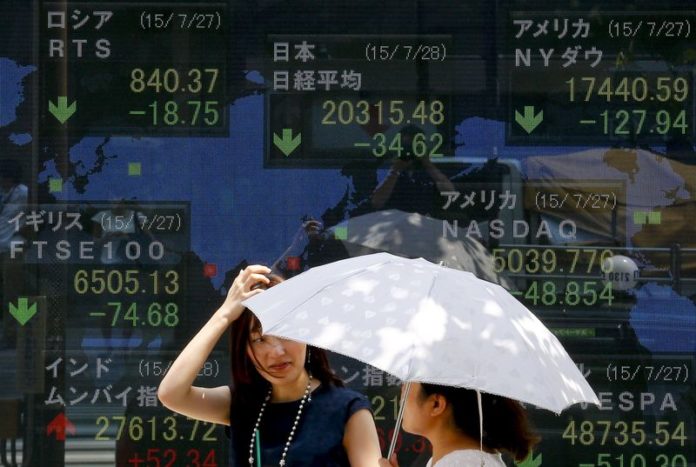 Investing.com – Asian stocks were mixed in morning trade on Friday, with Chinese stocks down more about 2% on reports that the U.S. government asked key allies to avoid using equipment manufactured by China’s Huawei Technologies.

Citing unidentified people familiar with the matter, the Wall Street Journal said officials from the U.S. contacted key allies including Germany, Italy and Japan to persuade wireless and internet providers in these countries to avoid telecommunications equipment from Huawei.

U.S. Presidents Donald Trump and his Chinese counterpart Xi Jinping are expected to meet at the G-20 leaders’ meeting in Argentina next week.

In other news, the U.K. and the European Commission reportedly agreed on a draft political declaration that pledges an “ambitious, broad, deep and flexible partnership”, the Financial Times reported citing a leaked document on future relations that is due to be approved at a summit on Sunday.

“While it cannot amount to the rights or obligations of membership, the parties are agreed that the future relationship should be approached with high ambition with regard to its scope and depth, and recognise that this might evolve over time”, the draft says.

“Above all, it should be a relationship that will work in the interests of citizens of the Union and the United Kingdom, now and in the future.”

The British pound jumped more than 1% to trade above $1.29 following the news, its biggest rise for three weeks.

China says will abide by WTO rules in probe of machine tools from Japan,...

Five midterm races in which money looks to have been decisive...

Apple warns on holiday sales, sending value below $1 trillion By...

Qualcomm plans to set up largest campus outside US in Hyderabad