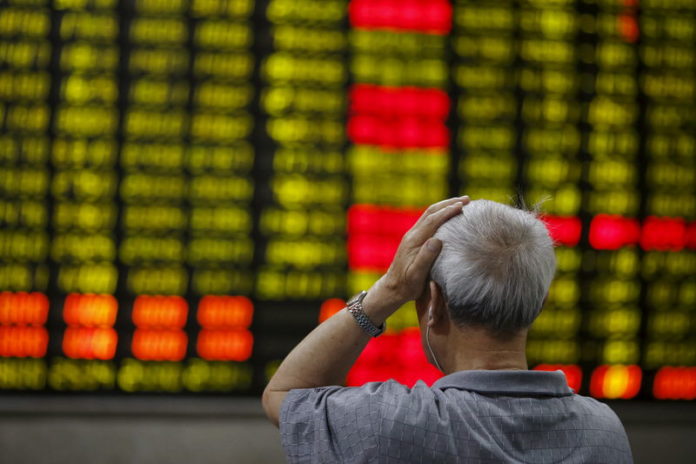 Investing.com – Asian stocks declined in afternoon trade on Wednesday even after China expressed confidence that it could reach a trade deal with the U.S.

Following a meeting between U.S. President Donald Trump and his Chinese counterpart Xi Jinping on Saturday, the U.S. and China agreed to halt the planned increase in tariffs to 25% from 10% on Chinese imports. However, the remaining details of what was agreed at the dinner meeting were unclear.

China’s Ministry of Commerce released its on the meeting on Wednesday and said the trade meeting with the U.S. was “very successful”, but did not provide any further details on the outcome of the meeting.

The Ministry added that Beijing would begin to implement specific issues already agreed upon, as both sides “actively promote the work of negotiations within 90 days in accordance with a clear timetable and road map”.

“We are confident in implementation,” it said, calling the latest bilateral talks “very successful”.

An earlier report by the Washington Post claimed that there are “significant differences” between the two countries’ versions of what was agreed upon at the dinner.

China’s November came in at a five-year high of 53.8, data on Wednesday showed, beating the forecasted 50.8 by a significant margin.

Shares of iDreamSky will start trading on Thursday.

Almost 90% of Takeda shareholders voted to approve the deal, the company said.

South Korea’s fell 0.6%, while Australia’s was down 0.8% after the statistics bureau reported that that the country’s rose 0.3% from the second quarter. Analysts previously expected GDP to rise 0.6%.

On Tuesday, The Reserve Bank of Australia kept interest rates at a record-low 1.5% as expected.

Mexico stocks lower at close of trade; S&P/BMV IPC down 0.41% By Investing.com

Here’s a way to lower your stock-market risk and recover more...

Outside the Box: Strong labor market is not bringing unemployed older...

Chart Of The Day: Is Facebook’s Downward Spiral Set To Continue?