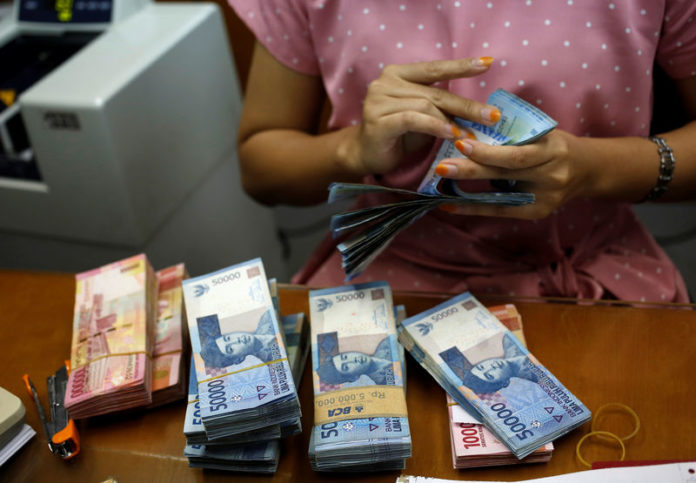 (Reuters) – Short positions on most Asian currencies eased over the past two weeks, a Reuters poll showed on Thursday, on hopes for a thaw in U.S.-China trade friction at the upcoming G20 summit, and as a plunge in crude prices boosted major importers.

Bearish bets on the Indonesian rupiah

“Our view change (on the rupiah) is premised on the view that the central bank is now prioritizing stability over growth,” a Jakarta-based analyst said.

The rupee, which is the worst performing Asian currency this year, has gained 5.2 percent so far this month, bolstered by falling oil prices and easing tensions between the Indian government and central bank.

Bearish bets on the Philippine peso

Most Asian currencies have ticked up in the last two weeks on rising optimism that the United States and China would call a truce at the upcoming G20 summit in Argentina, while a collapse in oil prices boosted countries with large oil bills.

The poll was conducted before Federal Reserve Chairman Jerome Powell said late Wednesday that U.S. interest rates were just below neutral, which hinted that a rate hike cycle was nearing its end.

The poll uses estimates of net long or short positions on a scale of minus 3 to plus 3.

A score of plus 3 indicates the market is significantly long U.S. dollars. The figures included positions held through non-deliverable forwards (NDFs).

Hedge fund Highfields to shut down, founder says in client letter By Reuters

Despite increase in lending rates, NBFCs push credit demand by 14.4% to a five-year...

China stocks lower at close of trade; Shanghai Composite down 1.32% By Investing.com

Stock market’s selloff is only half-done, and final leg will come...