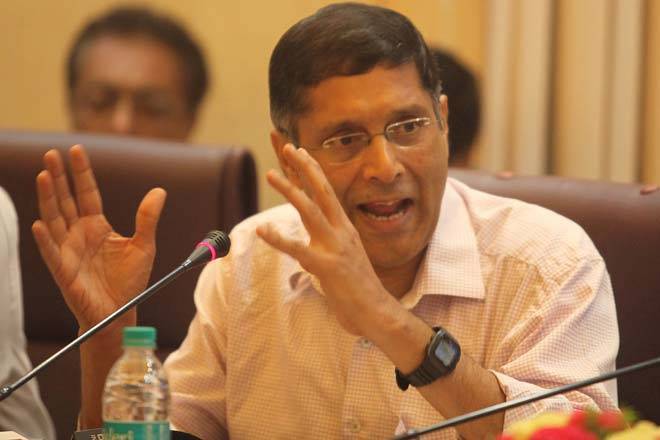 State-run banks need to be fundamentally reformed by allowing majority private sector participation in them as a way forward in resolving the crisis of massive non-performing assets (NPAs), or bad loans, former Chief Economic Advisor Arvind Subramanian has said.

In his shortly to be released book “Of Counsel: The Challenges of the Modi-Jaitley Economy”, published by Penguin, Subramanian argues for a “grand bargain” between the government and the Reserve Bank of India (RBI) to resolve NPAs which have accumulated to a staggering Rs 13 lakh crore, setting off a liquidity crunch and provoking a tiff between the Centre and the central bank.

“Fundamental reform of the PSBs (public sector banks) is facilitated by allowing majority private-sector participation in the PSBs,” Subramanian writes.

“In return, the RBI would deploy its surplus capital to augment the resources for recapitalising PSBs and capitalising any new holding companies.”

The government’s differences with the RBI centres on four issues — the former wanted liquidity support to head off any credit freeze risk, a relaxation in capital requirements for lenders, relaxing the prompt corrective action (PCA) rules for banks struggling with accumulated NPAs, and support for micro, small and medium enterprises.

Central to the liquidity issue was the government’s demand that the RBI hand over its surplus reserves by making changes to the “economic capital framework”.

Taking some major names that have emerged in the banking controversy like Vijay Mallya, Nirav Modi, Chanda Kochhar, Rana Kapoor and Ravi Parthasarathy, the former CEA says: “Hearing this roll call of names is to be reminded of India’s astigmatised capitalism’.

He also suggests, to paraphrase from Shakespeare, that “something is rotten in this state of Indian banking for having allowed stigmatised capitalists to survive and thrive for so long”.

He also says that the recognition of the NPA crisis through the RBI’s PCA framework initiated in June 2015 is further advanced by sanctioning financial institutions that are not classifying their loans properly, especially power-sector loans, at banks and other loans at non-banking finance companies (NBFCs).

Besides, the asset resolution process, as enacted by the Insolvency and Bankruptcy Code, is accelerated by sending smaller assets to specialised distressed asset recovery firms, “while the powers sector assets would be shifted to a new government-run holding company”.

“The government should also allow the RBI to implement the Prompt Corrective Action (PCA) framework for less strong banks,” he said.

“Finally, check-ins and oversight of the banking system must be in place to ensure that the shenanigans we have seen over the last several years from Vijay Mallya to Nirav Modi to ICICI Bank to IL&FS are minimized; they can never be fully avoided (regulation),” he added.

While the NPA crisis is a legacy of the lending boom during the high growth years up to 2010, the current liquidity crunch, particularly among non-banking finance companies, follows a series of defaults last month by the privately-run Infrastructure Leasing and Financial Services and banks hesitating to lend after a series of scams, most notably the Rs 14,000 crore fraud on state-run Punjab National Bank by two absconding jewellers Nirav Modi and Mehul Choksi.

After SoftBank, Microsoft invests in ride-hailing app Grab; to provide its expertise in AI,...