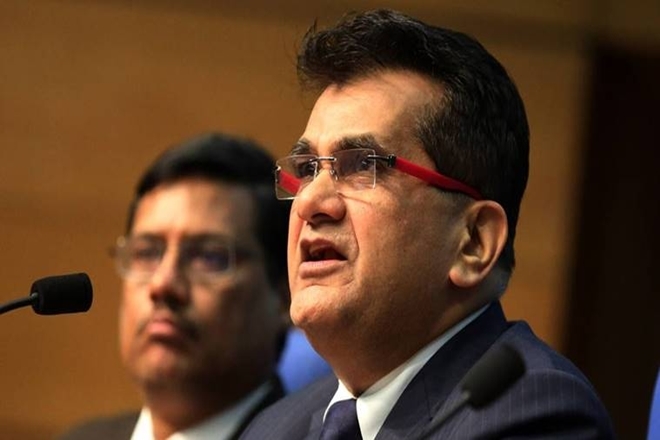 Stressing on tough steps to reform power sector, Niti Aayog CEO Amitabh Kant Tuesday pitched for ban on use of fossil fuel based gensets saying that the government needs to do it before a court order six months down the line. He also made case for phasing out more than 25 year old coal based thermal power plants, creating of open access power market, commercial coal mining and promoting renewables.

“You need to prohibit use and sale of gensets including captive which are using petrol, diesel, kerosene, pet coke and furnace oil for power supply. This is polluting and brings inefficiency in power sector. …Whether we like it or not, if government does not do it, six months down the line courts will do that,” Kant said addressing an inaugural session of 21st India Power Forum 2018 here. Kant further noted that, if the government bans generator sets (gensets), the strengthening distribution system would be required to ensure round-the-clock power supply and said “we need to do heavy penalty for load shedding.

This require series of tough measure.” In the proposed Electricity Amendment Bill, consumer would be able to switch service providers in electricity sector like they do for telecom services. On the issue to safeguard new investments in power sector, he said, “We clearly need to phase out plants which are more than 25 years old. NTPC, BHEL and some others may not like it but this is necessary”. Strongly recommending privatisation of coal mining, he said,”all this theories of nationalisation coal mines is not worth” and said that government should allow private sector to step in for commercial mining. Earlier, the Union Cabinet had approved commercial mining in view of coal shortage in the country which is also plaguing power sector.

On the performance of states under UDAY scheme he said, “Power produced must be sold at the right price”. While some states like Andhra Pradesh, Gujarat, Maharashtra and Himachal Pradesh have done well. There are other states which have done very badly. Jharkhand, Tamil Nadu, Telangana, Uttarakhand, Jammu & Kashmir and Meghalaya have done extremely poorly.

“If you do the analysis we need to shame these states. We must learn the art of naming and shaming states,” he said. About clean energy, he was of the view that the challenge for India is, how the country does sustainable and innovative urbanisation, which means changing energy trajectory towards renewables. “The future lies in battery and storage. The cost of battery which today is at USD 276 per Kwh, is likely to come down to USD 70 Kwh in next 4 to 5 years. This means the cost of electric car will be almost at par with combustion petrol cars.”

Nio, China rival to Tesla, says U.S. head to step down By Reuters

Three arrested over alleged bid to blackmail founder of Paytm