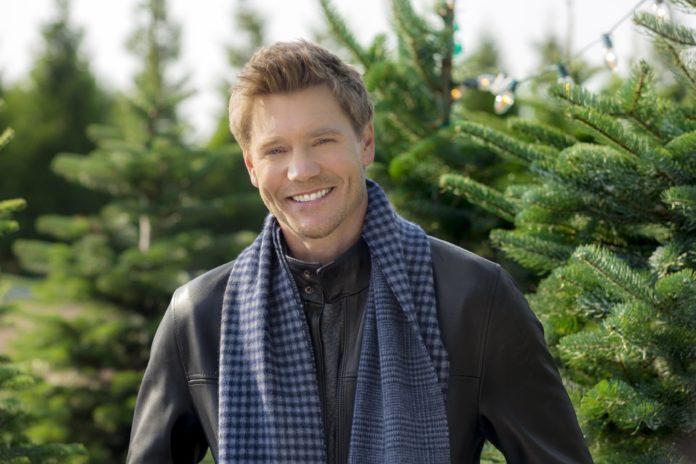 After The WB/CW’s “One Tree Hill” ended its nine-season run back in 2012, its cast moved on to all different types of TV, movie and music projects. Now, six years later, it appears a lot of the actors had the same desire for 2018: star in a Christmas flick.

Cozy up on the couch and spend the holidays this year with your favorite “One Tree Hill” alums. Here are all the new TV Christmas movies you can catch them in this season:

Kicking off the “One Tree Hill” holiday season is Murray, who, of course, starred as Lucas Scott on the series. Here, though, he’ll play the former producer of his mom’s Christmas special, who slowly falls in love with a Los Angeles TV producer, played by Jessy Schram.

He might not have been on “One Tree Hill” for long, but Jenkins was Nathan Scott’s (James Lafferty) Charleston Chiefs coach in Season 6 and deserves some Christmastime love. And that’s exactly what he’s going to get in this UPtv premiere. He stars as widower Brysen Flynn, who meets a holiday romance novelist, named Dru Cassadine (Julia Ann Emery) when she heads back to her South Carolina home for some book inspiration.

Six years after finishing up her role as Victoria Davis, Brooke’s (Sophia Bush) mom, on The CW series, Zuniga’s transforming into a master florist. “Flower shop owner Poppy (Nicky Whelan), enters the annual holiday floral show for a chance to win the grand prize but standing in her way of victory is Garrett (Miles Fisher), the under-appreciated protégé of florist extraordinaire, Blair (Zuniga),” the synopsis reveals. Of course, romance begins to blossom for Poppy and Garrett.

If you’re looking to get the most “One Tree Hill” bang for your buck, this one’s it. Burton and Buckley have talked about doing a TV movie together in the past, and now they’re making it happen with a few other “OTH” favorites joining the fun too. “It’s Jolie’s (Burton) first time going back home to Louisiana since her devastating break up with Foster (Hunter Burke),” the synopsis shares. “…Her best friend Naomi (Ackles) suggests that Jolie bring her flaky brother, Jack (Buckley), home for Christmas as he has no plans this year.”

After the movie finishes up, don’t change the channel right away. Lifetime’s airing a cast reunion special immediately after. Titled “’Tis the Season: A One Tree Hill Cast Reunion,” the one-hour broadcast features the “Christmas Contract” stars, as well as a few surprise “OTH” guests.

After starring in Lifetime’s 2017 Christmas movie, “Snowed-Inn Christmas,” Lenz is back on the network with a fresh premiere. This time around, it includes another “OTH” star. Lawrence played Sylvia, Julian’s (Austin Nichols) mother, in Season 8 of the series, and now she’s playing Lenz’s character’s mother. In the movie, Ellie (Lenz) returns home to help her family’s poinsettia farm and falls in love with a local botanist (Marcus Rosner) along the way.

Lintz was in Season 5 of the show as Mouth’s (Lee Norris) boss that was fired for having sexual relationships with him and other employees. She can be seen on Hallmark this holiday season in this movie, which is led by Tatyana Ali and Dondré T. Whitfield. Lintz plays Carla Edgewood in the Christmas flick.

As a loan shark who threatened Nathan and hit a pregnant Haley with his car, Fox’s Season 4 “One Tree Hill” character was far from lovable, but he was memorable. This new holiday film centers on single parents, Abby (Vanessa Lachey) and Ryan (Brendon Zub), who accidentally mix up their presents for their kids. Fox stars as Dr. Thomas Baxter.

That’s right, Lifetime has yet another Christmas movie featuring an “OTH” alum. Colletti, who joined the drama in 2007 as Chase Adams, stars in this new flick with Beverley Mitchell, who  was Lucy Camden on The WB/CW’s “7th Heaven.” Noelle (Mitchell) and Nick (Colletti) were high school sweethearts and things get complicated when she’s trying to put together the town’s live nativity and he, a rising baseball star, comes back to town because of an injury.

Infosys is boring again, and that is a good thing, says chairman Nandan Nilekani

China Down, Other Asian Stocks Up as Rally Fades By Investing.com

Chart Of The Day: Facebook Is Headed Lower, Despite Bullish Pundit...