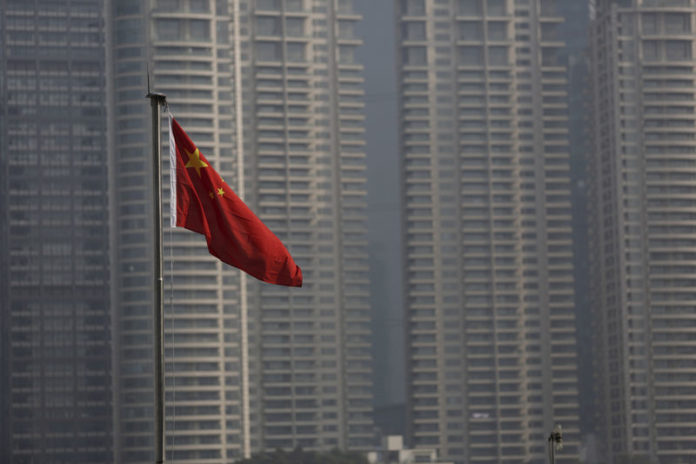 2/2
© Reuters. FILE PHOTO: A Chinese flag is seen in front of the financial district of Pudong in Shanghai

BEIJING (Reuters) – China’s trade war with the United States is spurring some Chinese entrepreneurs, government advisers and think-tanks to call for faster reforms in the world’s second-largest economy and the freeing of a private sector stifled by state controls.

The calls for change have become louder as China approaches a key anniversary later this month, although there are no signs that the government is planning to shift any key policies.

Tuesday marks the 40th anniversary of the opening up of China’s economy by former leader Deng Xiaoping, and the start of a series of landmark capitalist experiments that lifted much of the country out of poverty and turned it into an economic powerhouse.

China has long said it would further liberalize its vast market at its own pace.

But a growing number of government advisers feel that now is the time to do so, saying that reforms would defuse trade tensions with the United States and secure China’s long-term economic ascent simultaneously.

The United States has demanded that China shift away from its state-led model by cutting industrial subsidies, opening up its market to U.S. goods, and cracking down on intellectual property theft and forced technology transfers.

“This could be an opportunity for China as the pressure from the United States could be turned into a driving force for reforms,” an adviser to the government told Reuters.

“The pressure on China is very big and we should have long-term preparations.”

U.S. President Donald Trump and Chinese leader Xi Jinping agreed to a truce that delayed a planned Jan. 1 increase of U.S. tariffs to 25 percent from 10 percent on $200 billion of Chinese goods while they negotiate a trade deal.

To clinch a deal, China could make some concessions, including further opening up its market to U.S. goods, scaling back subsidies and improving intellectual property protection, policy insiders said. But, they added, China won’t ditch its industrial development plans vital to its competitiveness.

“The United States has requested China quicken reforms, which are also in line with our interests,” said a second government adviser.

“We will push for market-oriented reforms, but we cannot be too hasty and we won’t completely copy the Western model.”

The State Council, or the cabinet, did not respond to a faxed request for comment.

In June, China unveiled a long-anticipated easing of foreign investment curbs in the banking, agriculture, automotive and heavy industries, as it moved to show it would fulfill pledges to open its markets further.

Xi is expected to make a major speech on Tuesday in Beijing to mark the reform and opening anniversary, diplomatic sources say.

There is widespread disappointment among some Chinese economists over the pace of reforms after top leaders unveiled sweeping plans in 2013 to let the market play a decisive role in resource allocation.

Discontent over an increased presence by the Communist Party in all types of businesses has been growing in recent months.

“There is still too much government intervention. I haven’t felt any relaxation for the time being and don’t think the government will relax,” said Sam Yu, general manager at MENTECHS, an industrial equipment manufacturer in Jiangsu province’s Changzhou city.

“I think external factors are needed to promote internal reforms,” he added, referring to the trade war.

Wu Jinglian, a prominent government economist, has called on Chinese leaders to show “greater political courage and wisdom” to fulfill their promises to carry out reforms vital to China’s development and transformation.

Levin Zhu, son of former Premier Zhu Rongji, who spearheaded painful reforms in the 1990s to tackle the bloated state sector, made a similar call at a recent finance forum in Beijing.

“It will be very difficult for a society to maintain systematic progress if there is no reform and opening up,” Zhu said.

Speaking at the same forum, Liu Shijin, an adviser to the central bank, said reforms to improve China’s “imperfect” market economy and further opening up will help it cope with trade frictions with the United States.

The constraints on China’s private firms, seen by many as the key to sustained economic growth, contrast with the increased power of state-owned enterprises, which staged a comeback during the 2008 global crisis, riding on a huge government stimulus package.

Underlining a trend known as “the state sector advances, the private sector retreats”, government entities have acquired or said they are planning to acquire controlling stakes in at least 31 listed private firms so far this year, according to a Reuters review of corporate disclosures.

That outpaces the handful of such purchases last year.

Xi has pledged financing and tax support for financial firms, as part of measures to ward off a sharper slowdown in the economy, but private businesses are lobbying for a level playing field between them and state firms.

However, there is little sign that Xi will take bolder action to clip the wings of state firms.

But analysts believe the pledge is merely symbolic given the close ties between the government and state firms.

“Reform is the only way. Previous reforms did not touch on politics, but there is no more room,” said another adviser. “We’ve reached a bottleneck if we only do economic reforms without changing politics.”

Wall Street rises at open on trade optimism By Reuters

EU hopes to clinch Brexit deal on Sunday By Reuters

Dyson confirms electric car launch for 2021 with plans for new...