Home Finance After taking a DNA test, I discovered my millionaire uncle is actually... 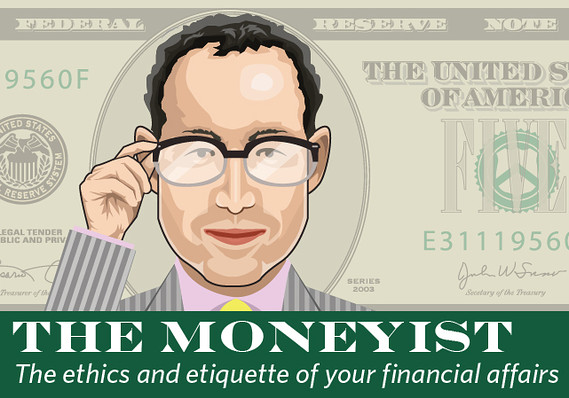 My uncle spoiled us, when I was growing up. He put us on the payroll of the company he owned. He provided us substantial gifts over the years: $5,000 here and $10,000 there. One time, I received $55,000. All in, I probably received $200,000 or more from my teens until I turned 31. My brother did even better, netting a few extra hundred thousand.

In 2014, this all ended when my uncle had his power of attorney changed and all assets were placed in a trust for his son and his wife. (Or so we thought). His son said to me, “Why should you get what you get?” So I stopped getting gifts and stopped being on the payroll.

Now, after taking a 23andMe DNA test, I believe I am his biological son. This was a shock to me. My brother is his son, too. This explains why “Uncle Harry” was so generous to us over the years. My mother was the CFO of his company and was overpaid. This, of course, means my mother cheated on my father, and she admitted as much.

Don’t miss: My boyfriend wants me to pay half his mortgage as rent — and calls my desire to buy property an ‘escape home’

My father — or the man I thought was my father — died in September 2013, and these trusts were created in November 2013. A I was growing up, Uncle Harry was a family friend, not a biological uncle.

My Uncle Harry has dementia now, and he had it then. He was diagnosed in the late 2000s. He was never declared unfit by a court. His only son is due $7.5 million from insurance and $10 million from the company, as well as about $3 million from real estate.

Based on his past gifts to my brother and me, do we have a case to make against our half-brother over the trusts and his making himself the controller of these assets? Or should I just figure that I had a great father who raised me and leave everything alone?

If your biological father was of sound mind, he could explicitly exclude you from his will. But if what you say is true — and he currently suffers from dementia — his son’s setting up a trust feels like a land grab. He clearly resents his father giving you and your brother and mother money, and he wants to put an end to it. The fact that your uncle/father gave your family so much money over the years suggests that he feels some kind of responsibility toward you and, presumably, would like you to be comfortable in life.

Obviously, your first step is to contact an estate lawyer with experience in this area. He will likely advise you to seek out a more reliable method of proving you are your uncle’s biological son. Given the amount of money involved, it may also take your case and agree to be paid after you settle. The Status of the Children Act and the Equal Protection Act both support the claim of an “illegitimate” — it’s an outdated and derogatory term — child on his or her parent’s estate.

Don’t miss: My adoptive parents ostracized me because I’m gay — do I have a claim on their estate?

The law is in your favor. Trimble v. Gordon was a 1977 landmark Supreme Court judgment that changed how U.S. law treated children in your position. An Illinois statute preventing illegitimate children from collecting paternal inheritance was ruled unconstitutional by the Supreme Court, according to Tingen & Williams, a law firm in Richmond, Va. “The court found that the statute violated the 14th Amendment by discriminating based on illegitimacy.”

Was your biological father of sound mind when this trust was set up? If he was suffering from dementia at the time the trust was set up, a lawyer would argue that the son held undue influence over him. You would likely have a claim on the estate if you were not explicitly excluded from the will or trust. Do you pursue your biological brother for this? You are a legal heir. Given the amount of money at stake, I would suggest that you do not let this matter go.

Video: Why the Betterment CEO only reads his email once a...