Home Business After 10 Weeks, How Much Money Has Le’Veon Bell Lost By Not... 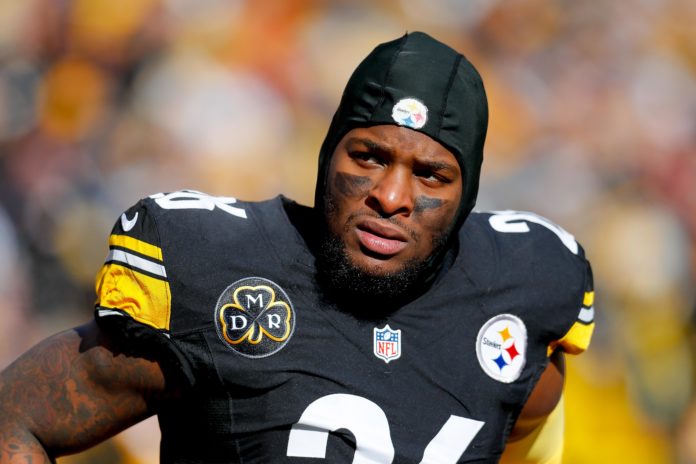 The Pittsburgh Steelers are on a hot streak right now, winning four in a row after a 1-2-1 start. They sit atop the NFC North, with wins over every team in the division but they are still lacking one vital piece for a potential Super Bowl run.

Three-time Pro Bowl running back Le’Veon Bell has yet to report to the team, continuing a contract holdout that began in the offseason. The team placed the franchise tag on him, giving him a one-year salary of $14.5 million, but he has opted to not join the team.

There had been expectations Bell would end his holdout in October but he remains an absentee entering Week 10.

The decision to sit out has been a hit to his wallet.

Each week Bell elects not to report to the team is a loss of $855,529. That includes Pittsburgh’s bye week in Week 7. Since Bell will not report to the team before Thursday night’s game against the Carolina Panthers, he will go into the weekend having lost more than $8.55 million total for the season.

However, there is reason for optimism for Steeler fans and Bell’s fantasy owners. After an extended vacation in Miami, Bell is back in Pittsburgh, as photos of him playing basketball at a local gym circulated on social media this week. He also tweeted a farewell to Miami on Monday.

Unless Bell just went back to Pittsburgh to visit, this could be a sign he plans on reporting to the team in the coming days. The timing makes sense, as Bell will not be allowed to play this season at all if he does not report by 4 p.m. ET on Nov. 13.

The Athletic reported Tuesday that Bell is still not sure about his decision. If the Steelers place a third franchise tag on him this offseason, he will be paid as much as a highly paid quarterback, at more than $25 million on the season.

The Steelers might get Le’Veon Bell back soon. Le’Veon Bell #26 of the Pittsburgh Steelers looks on against the Jacksonville Jaguars during the first half of the AFC Divisional Playoff game at Heinz Field on January 14, 2018 in Pittsburgh, Pennsylvania. Photo: Kevin C. Cox/Getty Images

If Bell shows up and plays under the franchise tag this year, he can be a free agent and seek a huge deal in 2019. Bell will probably look for a payday similar to Todd Gurley of the Los Angeles Rams. The mid-season MVP candidate became the highest paid running back in the NFL with a four-year, $60 million extension signed in July.

Bell is two years older than Gurley, but still likely has several productive years left in him at just 26. He also has not suffered any wear and tear this season, by virtue of his holdout. Replacement running back James Conner has accrued 850 rushing yards on 4.6 yards per carry this season with 9 touchdowns, which could influence Pittsburgh’s decision.

BMW to offer ride hailing services in China from December

How to script Digital India success; here’s what we can learn from South Korea

Despite Everything, Turkey and the U.S. Are Getting Closer By Bloomberg

You call that a discount? Americans have high expectations for price...