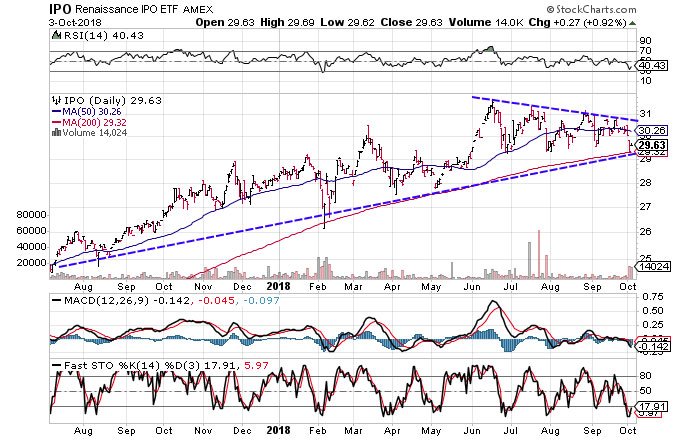 Over the past several months, it has become apparent that the market appetite for initial public offerings (IPOs) has started to thaw. More specifically, high-growth companies have tended to opt toward private rounds of financing in recent years, but with hype surrounding recent offerings, it appears as though the story is changing. In the paragraphs below, we’ll take a look at a couple potential ways that active traders will be positioning themselves to take advantage of IPOs over the weeks or months ahead. (For further reading, check out: IPO Basics Tutorial.)

In many cases, when it comes to the IPO market, it can often be a difficult task for retail investors to keep up to date with the new issues due to a lack of awareness and relatively low visibility. Granted, the offerings of companies such as Spotify Technology S.A. (SPOT) get abundant media coverage, but those such as Gardner Denver Holdings, Inc. (GDI), maker of scientific and technical instruments, don’t get all that much. Buying into an exchange-trade fund (ETF) such as the Renaissance IPO ETF could be a good bet for those who don’t closely follow the IPO market.

Taking a look at the chart below, you can see that the fund has been trading within a dominant uptrend and that the price has recently drifted toward the long-term support of its 200-day moving average. Active traders will likely look to the dotted trendlines for determining the placement of their buy and stop orders, with a bias toward awaiting a breakout beyond the resistance near $30.50. Based on the height of the pattern, target prices will likely be placed near $34.50. (For more on this topic, check out: Investing in IPO ETFs.)

One of the top holdings of the IPO ETF that may be of specific interest to active traders is Athene Holding, which comprises 5.25% of the fund. Based on the chart, you can see that the recent break higher has resulted in the 50-day moving average crossing above the 200-day moving average. This popular long-term buy signal is known as the golden cross and is commonly used to mark the beginning of a long-term uptrend. Bullish traders will likely watch for a breakout above the recent swing high near $54 and place stop-loss orders below $48.46 in case of a sudden shift in momentum. (For more on this topic, check out: IPO Basics: What Is an IPO?) 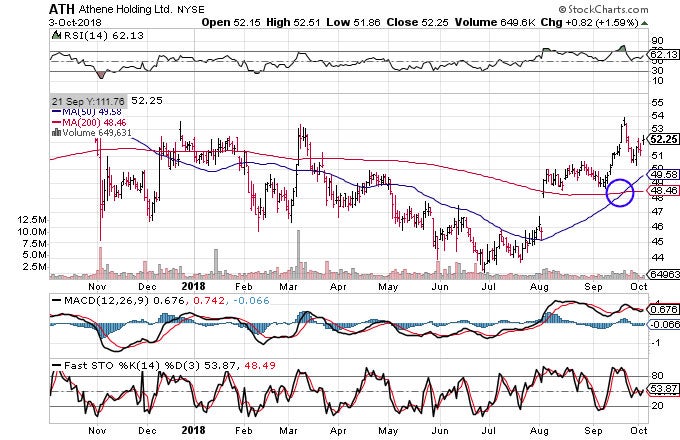 Another IPO from 2017 that will be of specific interest to active traders is Altice USA. Taking a look at the chart, you can see that the price has recently moved above its 200-day moving average and that the recent pullback has managed to stabilize near this level, which suggests that the bulls are in control of the momentum. Traders will likely look to enter a position as close to current levels as possible in an attempt to maximize the risk-to-reward setup and could even consider increasing exposure in the event of a move above the swing high near $19.75. (For more, see: The Road to Creating an IPO) 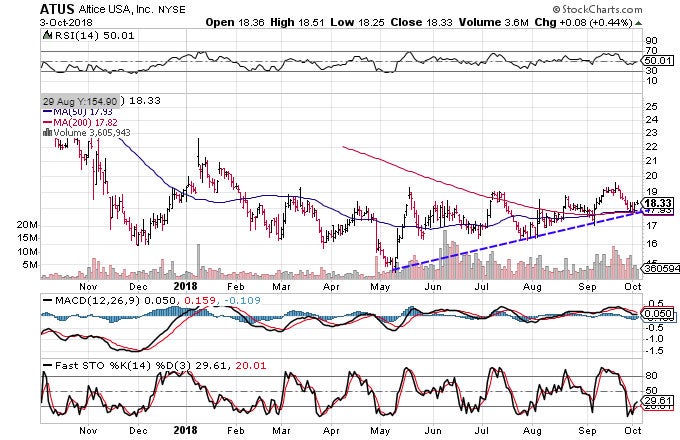 Buying into initial public offerings is often regarded as relatively risky given the lack of history and awareness of the business. However, with the rise of ETFs such as the Renaissance IPO ETF, it is now possible to spread out the risk by holding a basket of new offerings. (If you want to learn more about this topic, check out: 5 Tips For Investing In IPOs.)

Charts courtesy of StockCharts.com. At the time of writing, Casey Murphy did not own a position in any of the securities mentioned.

2012 Is the Year to Finally Bury Nuke Power

Thomson Reuters to cut 3,200 jobs in next two years By Reuters

2 Solid Income Stocks, Hit By The Downturn, Perfect For Value...