Home Business 6 Things That Will Happen This Season 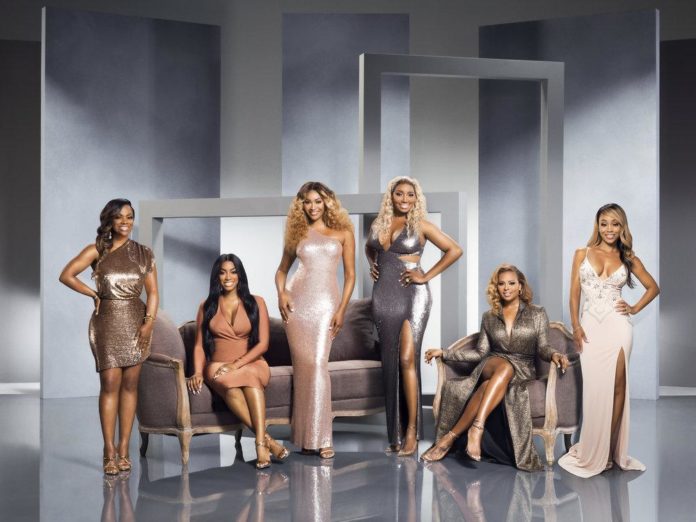 “The Real Housewives Of Atlanta” Season 11 is set to premiere on Bravo without notable cast members like Kenya Moore, Kim Zolciak and Shereé Whitfield, but that doesn’t mean the new episodes won’t be packed with drama and tears.

This season, fans will see some of their favorite stars returning to the series, like Nene Leakes, Porsha Williams, Kandi Burruss and Cynthia Bailey. However, Eva Marcille, who first appeared as a guest during Season 10, and Shamari DeVoe, have also been tapped to share their stories as part of the “RHOA” Season 11 cast.

Before tuning into Real Housewives of Atlanta,” check out these 6 things that will happen this season.

In the trailer, Nene visits a doctor’s office with Gregg and asks the physician if her husband will be able to beat the type of cancer he has been diagnosed with. She is later seen confiding in Cynthia and confesses that she needs support. Nene hasn’t shared a lot of details about Gregg’s diagnosis, but she has kept fans updated about his treatments. Although she often shares inspirational messages across her social media accounts, on the new season, fans will see Nene during some of her weakest moments.

Porsha has already confirmed her pregnancy to the world but viewers will have a chance to see her break the news to her co-stars. However, her baby bliss could be challenged when she learns she may not know the father of her child as well as she thinks she does.

In the Season 11 promo video, someone tells Porsha her boyfriend, Dennis McKinley, broke up with his ex-girlfriend a few weeks ago. While Porsha seems excited about her new romance, especially since Dennis got her name tattooed on him, those around her remain suspicious about the new man in her life.

3. Nene And Porsha Will Rebuild Their Friendship

In a sneak peek of “RHOA” Season 11, episode 1, Nene reveals she and Porsha are in a great place after all of the drama that happened in Season 10. Last season, Porsha accused Nene of wanting her fired from the reality series and their relationship began to fall apart. However, after having a heart-to-heart during the cast trip to Barcelona, the two slowly began to repair the damage that was done.

4. Cynthia Has  A New Boyfriend

Cynthia has a new man in her life and it seems like he may be the one. In the video, Cynthia reveals she is content with the pace her relationship with boyfriend Mike Hill is going and believes they will get married soon. While there is no guarantee the two will walk down the aisle this season, Nene previously told Us Weekly the 51-year-old “seems like she’s so in love.”

The “RHOA” veteran also revealed the Cynthia and Mike took a major step in their romance. “He’s super nice. She’s met his parents. He’s met hers,” she shared.

5. Shamari Will Fight With Marlo

Although Eva is seen in an argument with Marlo Hampton in the promo, Kandi told the outlet Shamari will also have a few confrontational encounters with Nene’s bestie. “They have moments! I can’t give away everything,” she teased.

While Marlo is known to stir up drama, she may meet her match when she goes up against Shamari. Kandi described the newest cast member as a “wild child,” who is “extremely honest and doesn’t bite her tongue.”

In a teaser, Kandi reveals she and her husband, Todd Tucker, have been considering expanding their family. While it is unclear if the star is currently pregnant, in the promo, she has an emotional visit with her doctor, who asks if she is expecting another child.

“The Real Housewives of Atlanta” Season 11 premieres Sunday at 8 p.m. EST on Bravo.

Moscovici calls for ‘extra effort’ from Rome on Italian budget By...