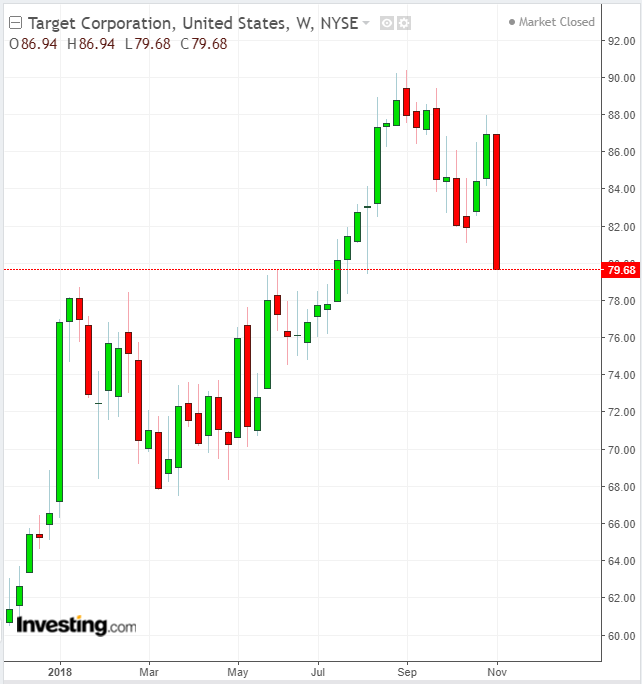 As the current earnings season winds down, a number of crucial sectors of the US economy are visibly losing steam. The most recent evidence of this came last week from Nvidia (NASDAQ:), the biggest maker of chips for computer graphics cards, via their disappointing sales forecast for the fourth quarter. also indicated the company’s inventories are building up.

Bad news from the chip sector follows in the wake of weakness from some of the US’s largest tech companies, via their earnings statements. This list includes Apple (NASDAQ:), Amazon (NASDAQ:), and Alphabet (NASDAQ:). The widespread sluggishness has prompted investors to pare their exposure to technology and shift cash into more durable companies including shares in consumer staples, health care and utilities, which have all been posting gains.

During the coming week, investors will receive additional clues about the health of US retailers when some of them report Q3 earnings. As well, bad news continues to pressure Facebook shares which fell yet again on Friday and could face a tough week ahead. Here are 3 stocks investors should keep an eye on during the coming week’s trade:

The big-box retailer, Target (NYSE:NYSE:), will report its third-quarter earnings on Tuesday, November 20, before the market opens. Following a strong showing by its retail peers, including Walmart (NYSE:), analysts are expecting another from the retailer.

The company has had a solid fiscal year so far, as both its earnings and revenues came in ahead of market expectations for the first half. In the second quarter, the company had reported comparable sales jumped 6.5%, its biggest growth on this measure in 13 years. Digital sales were up 41% from a year earlier.

Encouraged by this robust performance and with strong consumer spending, the company bumped up its adjusted earnings guidance for the full year. For Q3, analysts expect Target to report $1.12 earnings per share, up from $0.91 a share a year ago, on $17.77 billion sales.

Despite the retailer’s excellent performance so far this year, further upside in Target shares is limited as the macro environment worsens and investors brace for an economic slowdown. On Friday the stock closed at $79.68, down 1.34%

Lowe’s (NYSE:), the US home improvement giant, will be reporting Q3 earnings on Tuesday November 20 as well, before the market opens. Lowe’s earnings should give investors another chance to see if the weakening US market is having any impact on home improvement retailers. Analyst consensus expects Lowe’s to report EPS of $0.98 on $17.36 billion in sales. 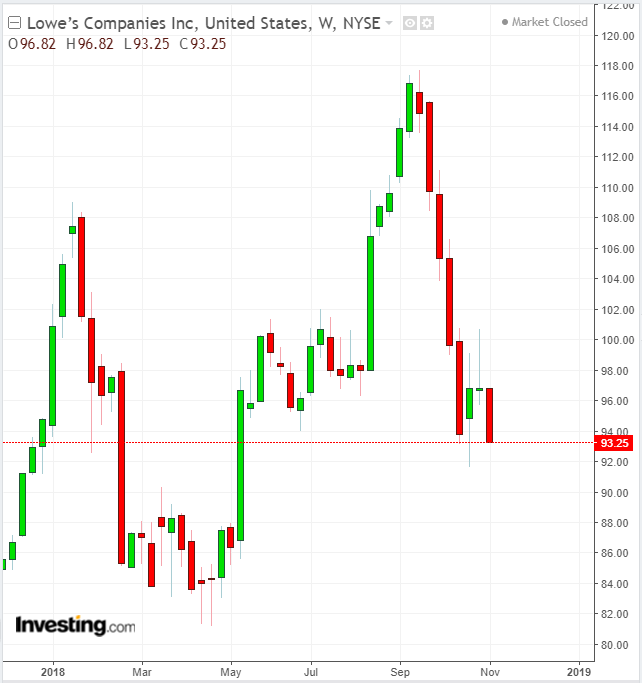 The company’s stock, which closed Friday at $93.25, down 0.46%, has lost more than 20% of its value since reaching a record high in September of $117.70. Investors are clearly avoiding exposure to a pure housing play at a time when the US housing market is cooling and the interest rate outlook worsens. That trend is likely to persist even if the company releases .

Still, Lowe’s is a good long-term bet as the company’s turnaround continues to pick up under the leadership of the company’s new CEO Marvin Ellison. He plans to shore up the chain amid stiff competition from Home Depot (NYSE:). His game plan: win more market share by better managing Lowe’s inventory and supply chain.

Facebook (NASDAQ:) is likely to come under renewed selling pressure after more negative news about the company’s handling of Russian attempts to interfere with US elections. 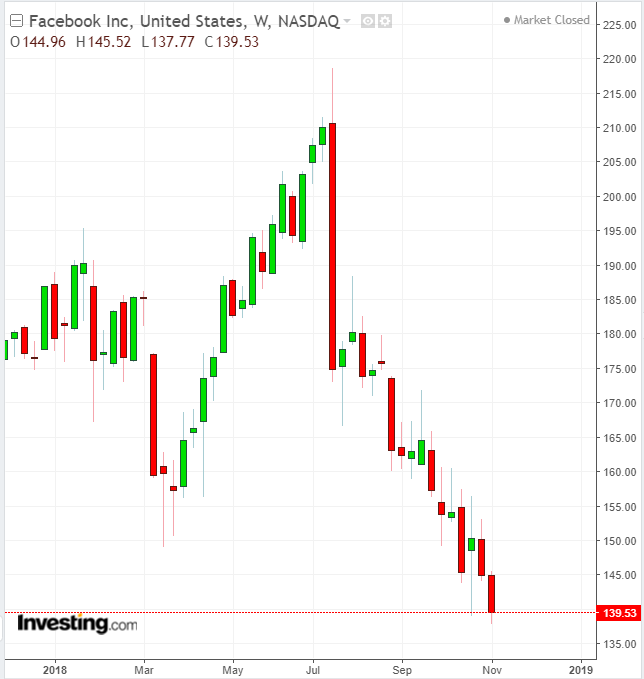 The social media giant’s stock, which closed on Friday at $139.53, continues to slide. It has now plunged 36% since closing at a record $217.50 on July 25, while, over the same period, the has lost 4.0%. Facebook shares dropped another 3% on Friday amid reports that the company used contractors to retaliate against critics of its privacy practices and efforts to combat Russian propaganda on its platform.

This never-ending cycle of negativity is putting pressure on the company’s chief Mark Zuckerberg, with some analysts raising the possibility of a management shake-up. “In our view, Facebook’s board and management team could accelerate the credibility rebuild by considering making change(s) at the top of the organization,” according to a recent note by analyst Scott Devitt at Stifel Nicolaus.

How to plan for taxes in retirement

Saudi Arabia stocks lower at close of trade; Tadawul All Share down 0.44% By...

Yes Bank to use data analytics to offer right mix of...