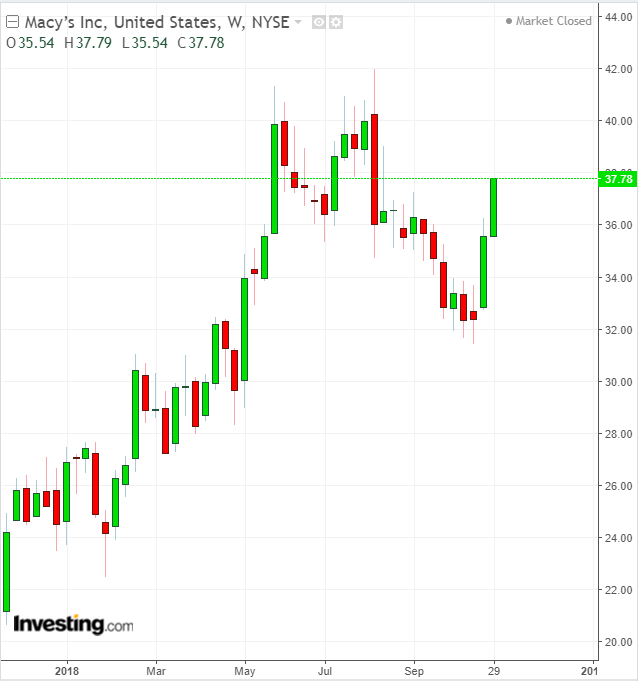 Hopes of a sustained market rebound faded on Friday as renewed concerns of global growth pressured markets. prices tumbled and fresh fears of a U.S.-China trade war weighed on everything from technology to materials to energy shares.

In this uncertain environment it’s hard to predict how the stock market will perform during the remaining weeks of 2018. Nevertheless, there’s still one sector which has the potential to infuse some enthusiasm—retail.

In the coming week, investors will hear from some of the nation’s largest retailers about current consumer spending trends and their expectations for the most important holiday season, which is just round the corner. Here are the three most closely watched, key earning releases for this upcoming week.

Macy’s, Inc. (NYSE:) is scheduled to report third quarter 2018 earnings before markets open on Wednesday, November 14. Consensus expectations are for an EPS of $0.13 on revenue of $5.44 billion. But even if the omni-channel retailer beats, it may not be enough to satisfy investors.

Macy’ stock, which closed on Friday at $37.78, is up about over 30% this year. It’s already reflecting positive expectations, as the department store chain continues to expand, as it’s done for the .

Some of the biggest line items on which investors will be focusing include the retailer’s control over spending, online sales, and same store sales growth. There might be a significant jump in Macy’s shares if the company is able to show sustained upward momentum in its earnings.

This would validate the strategic moves Macy’s has made this year, such as acquiring the concept store Story, taking a minority stake in the innovative tech retailer B8ta, and expanding its off-price Backstage outlets. Investors will be looking for signs indicating how these efforts have helped the retailer’s turnaround strategy.

With near all-time highs, America’s largest retailer, Walmart (NYSE:), is expected report when it reports earnings on Thursday, November 15, before the market opens. Consensus predicts EPS of $1.02 on revenue of $124.83. 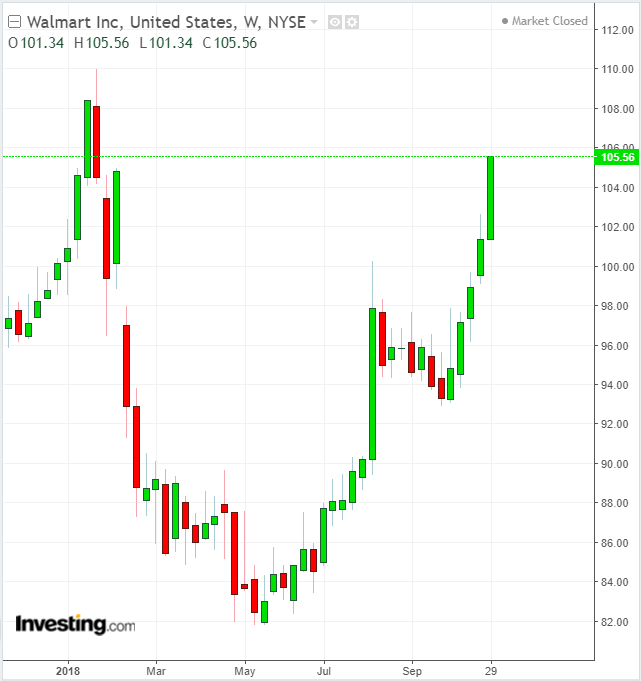 In anticipation of strong earnings and growing online sales, investors have pushed Walmart shares up 20% from this year’s low of just under $82, to 98.59, where it closed on Friday.

In the previous quarter, Walmart reported its strongest sales gain in more than a decade, fueled by its grocery business. Comparable sales at U.S. Walmart stores rose 4.5% in the three months ended in July, more than double analyst estimates. At that time, the world’s biggest retailer also boosted its full-year forecasts for comparable sales and adjusted profit.

Now is one of the worst times to own chipmaker shares. The semiconductor sector is going through a cyclical downturn as chip demand wanes and the U.S.-China trade war threatens their future growth outlook. 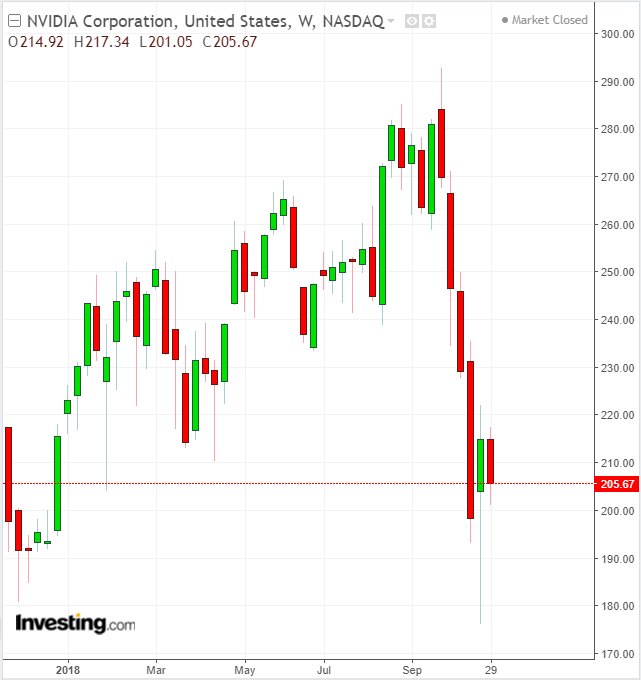 Investors will be focusing on Nvidia Corp.’s (NASDAQ:) revenue and performance in gaming and data centers when the chipmaker reports fiscal third quarter earnings on Thursday, November 15 after the market closes. Expectations are for them to report an EPS $1.73 on revenue of $3.24 billion.

have been one of the hardest hit in this downturn, plunging 30% from the stock’s record high of $293 this year; shares closed at $205.67 on Friday. In a recent note to investors, JPMorgan upgraded the stock saying the company’s long-term growth potential in different segments, including cloud data centers and autonomous driving, makes it an attractive stock to own. If the release is positive, and forward guidance favorable, buy-and-hold investors may see this level as a good entry point.

How Capitalism Has Screwed Women Over

Julius Baer expects ex-banker’s sentence to have no bearing on its U.S. legal issues...

Actionable Setups in the TSX 60